The squad of 30, which includes 14 women from Townsville, 12 from Mackay and four from Cairns, will open their regular season on Sunday, March 27 against the Tweed Seagulls at Piggabeen Sports Complex.

With an average age of just 23, five players are still available for selection in the under 19 Women’s National Carnival later this year. 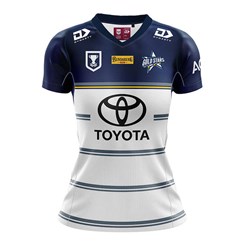 North Queenslanders will get plenty of opportunities to watch the Gold Stars in 2022, with a game each in Cairns and Mackay and three in Townsville, including two Cowboys curtain raisers at Queensland Country Bank Stadium in Round 2 (March 19) and Round 7 (April 23) of the NRL Premiership.