A born and bred North Queensland product, Luki played his junior football for Cairns Brothers before joining the Cowboys Cairns Academy as a teenager.

The 20-year-old only joined the Cowboys NRL squad in November and has been a revelation in his first season of senior football for the Northern Pride in the Queensland Cup.

A towering forward, Luki will start from the interchange and likely play through the middle third of the field in his debut, but is viewed as a second-rower in the long-term.

Tom Gilbert has been elevated to the starting side to play prop for the first time in his brief NRL career.

The 20-year-old made a successful NRL season debut against the Roosters in Magic Round. Gilbert missed the opening weeks of the season due to a broken leg, before returning through the Queensland Cup.

Gilbert takes the starting spot of Coen Hess, who will miss the Knights clash through concussion. Hess is expected to return for the Round 12 showdown with the Warriors. 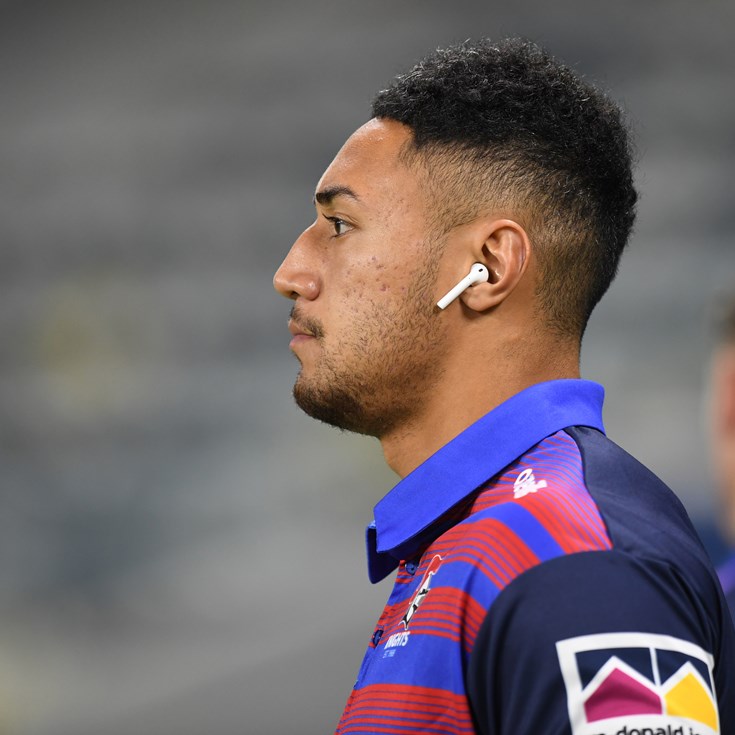