A trio of backs, headlined by Valentine Holmes, have been named to make their returns from injury for the North Queensland Toyota Cowboys in Saturday’s showdown with the Cronulla Sharks at Netstrata Jubilee Stadium.

Holmes underwent surgery to repair the syndesmosis ligament in his left ankle after the Round 9 clash with the Roosters.

The 25-year-old will make his return on the wing, replacing Hamiso Tabuai-Fidow after the teenage flyer picked up a minor hamstring complaint last weekend.

Murray Taulagi is set to make his first start in the centres at NRL level. The 21-year-old impressed during his only two top grade appearances of the season before picking up a wrist injury against Canberra in Round 12.

Twenty-year-old five-eighth Daejarn Asi makes his return from a knee injury sustained in Round 12. Playing just his third NRL game, Asi will partner Cowboys skipper Michael Morgan in the halves.

With superstar lock Jason Taumalolo sidelined through a calf tear, Josh McGuire shifts to lock with Francis Molo to start in the front row.

Peter Hola is closing in on a return from a wrist injury and has been named in the reserves. 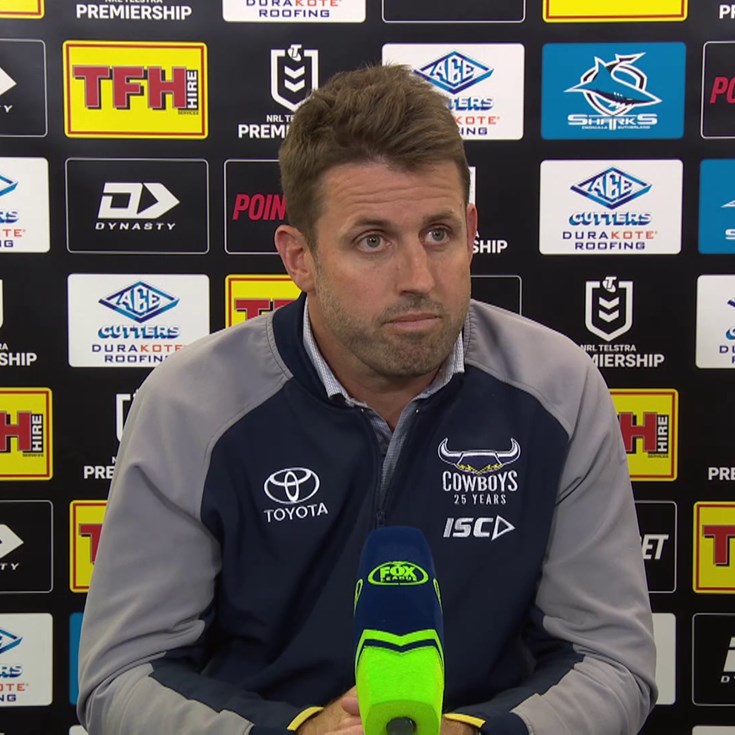