North Queensland Toyota Cowboys captain Michael Morgan will make his return from a concussion in Thursday night’s clash with the Wests Tigers at Leichhardt Oval.

Morgan has been named at five-eighth by head coach Paul Green for what will be his first appearance in Cowboys colours since Round 14.

His return sees John Asiata move back to the interchange after a three-game stint in the No.6 jersey.

Coen Hess holds his spot in the centres after impressing during his first career performance in the position against Cronulla in Round 19.

Winger Kyle Feldt failed to return in the second half of the Cronulla clash due to a failed HIA, but is set to take his place against the Tigers after suffering no setbacks undergoing concussion protocol this week.

Asiata is joined on the interchange by forwards Matt Scott, Scott Bolton and Francis Molo.

Highly regarded 18-year-old forward Tom Gilbert makes his first appearance in Green’s 21-man-squad. Gilbert has been in superb form for the Townsville Blackhawks in the Queensland Cup this season, sitting inside the top 15 for both run metres and tackles.

Gilbert is joined on the reserves by forward Corey Jensen, hooker Reuben Cotter and outside back Gideon Gela-Mosby. 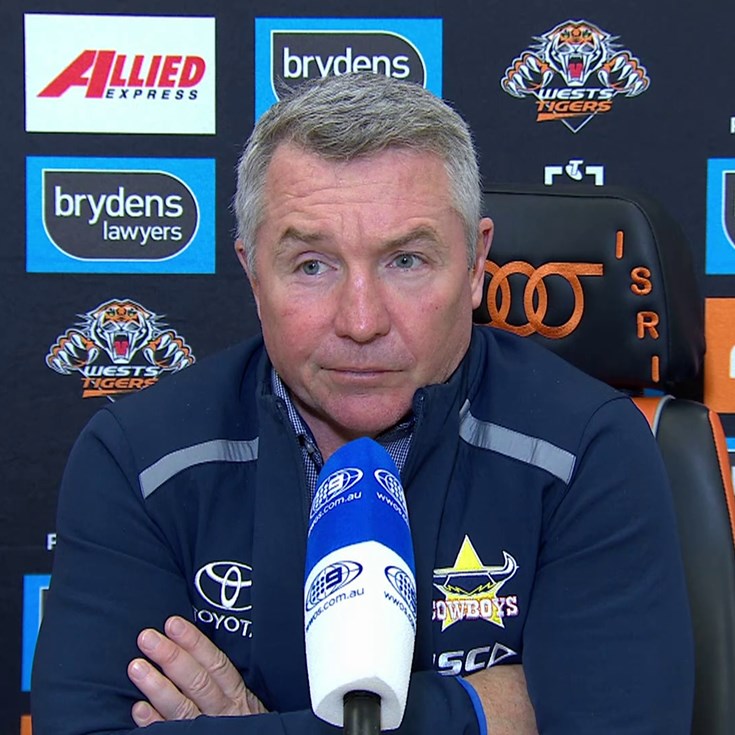 Green: We need to be a lot mentally tougher