Club superfan and Cowboys.com.au contributor Kate Cornish speaks to young middle forward Griffin Neame about moving to Australia, his first full season in the NRL squad, and what he wants to do after football.

Griffin Neame is a 20-year-old, who only a couple of years ago and straight out of high school, left his family and friends in New Zealand with the hopes of making a career in rugby league.

In 2021 Neame was rewarded for his hard work and was elevated into the Cowboys top squad. He knows his NRL debut could happen this year, and if it does, it is an opportunity he will take with both hands.

“I have to train and work hard to get myself into that team. You can’t just walk into it, you have to work for it, but I think I’ll be ready to go. I have been working for it all preseason, so if it does come up, I will be ready.”

Hailing from a small town on the west coast of New Zealand’s South Island called Greymouth, Neame has big dreams. He started playing league because his dad played. They both represented the same club, Suburbs RL Club Greymouth, and while rugby league has all but disappeared from his hometown, he is proud of where he comes from.

Speaking fondly of home, Neame says he is itching to get back to New Zealand to visit his family, who he has not been able to see during this difficult Covid period, and he is equally excited for his mum and dad to come and visit him in Townsville.

“I enjoyed growing up in Greymouth. It is a really small town and is the sort of place where you get to know most of the people growing up. It is a great environment to grow up in when you are a kid. I love going back because it’s a really cruisy and quiet town, although it’s just a bit cold!”

Signed to the Cowboys through their New Zealand Academy Pathway system, Neame says leaving his hometown to chase his NRL dream was a tough decision, but it was an opportunity that he could not pass up.

“Moving was really hard. I had just finished High School and it all happened just a few days afterwards. I came out here not really knowing anyone. Greymouth to Townsville was a bit hard, but I got used to it. I guess it was good coming from a small town and then moving to Townsville. It is not as big as Brisbane or Sydney, which I think made the move easier.”

Neame had a fantastic 2019, as his highlights reel shows. He is strong through the middle, a big body with good footwork and has an offload. It is for that reason that he caught the eye of New Zealand coaching staff, who rewarded the young middle-forward with an opportunity to represent his country, playing for the Junior Kiwis at the back end of 2019. It was a moment that Neame says he will not forget anytime soon, even listing the experience as his ‘best memory so far'.

Despite having a great 2019 season, Neame’s plans were put on pause, as were many other young footballers when COVID hit, but such is the maturity of this young man, that he did not let it stop him from training and staying physically and mentally fit. It is clear that hard work and dedication is something that this young player takes very seriously.

“I just kept thinking back to when I first moved over. It was pretty hard but I’ve come so far, the last thing I want is to go home and miss out on the opportunities I have now. I’m just focused on playing footy again and it made it easier. All the young contracted players stuck together and kept training and eventually the [Townsville] Blackhawks started up again, so we were able to train as a team there.”

Neame grew up idolising players like Ruben Wiki and Sonny-Bill Williams, and in his teenage years he started to follow the Cowboys’ very own Jason Taumalolo. Neame said that being able to learn from the Cowboys co-captain has been amazing.

“When I was in my early teenage years, I loved watching him play, so to be able to train with him now is crazy.”

As if making his career in the NRL and representing his country was not quite enough to keep him busy, he says one day when he is older, he would like to own a winery back in New Zealand. However, before the day that Neame can relax on his vineyard with a wine in hand, he still has a few bucket list items to tick off.

His advice for other young players who want to make a career in the NRL is to work hard and understand that opportunities will not come easy. He says the harder you work, the closer you will come to making it happen.

Griffin Neame is a young and up-and-coming Cowboy, who fans should be watching with keen interest. He is well-spoken and awfully fond of his small hometown and family which helps to keep him grounded. He speaks with pride and gratitude for the opportunities he has been given, which is a great quality for someone still so young. 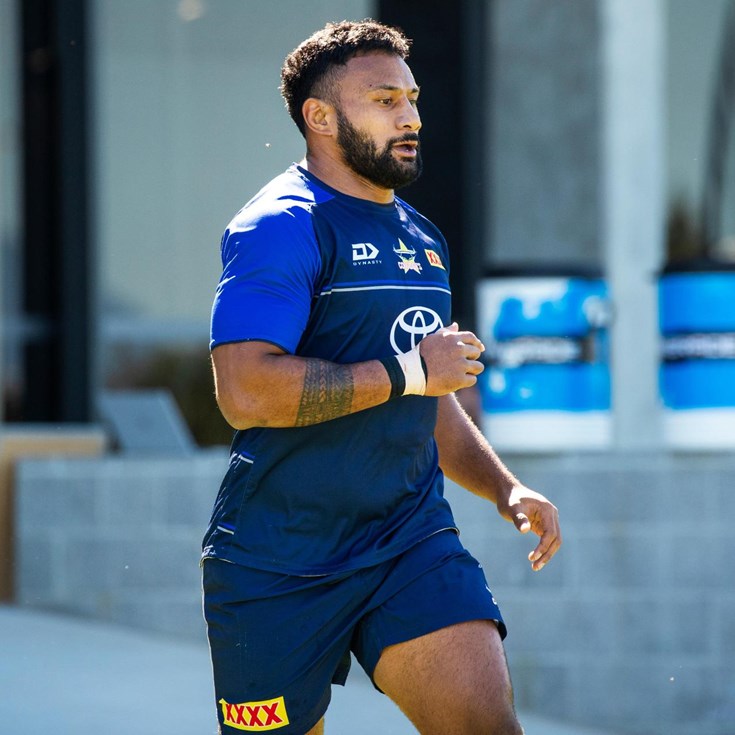