Four products of the North Queensland Toyota Cowboys Pathways Programs have been elevated to the NRL squad for the 2021 season.

Moranbah product Bell came through the Cowboys’ Mackay Academy before moving to Townsville prior to the 2019 season.

Bell starred for the Townsville Blackhawks in the Hastings Deering Colts before being handed a Queensland Cup debut late in the season.

The 20-year-old outside back spent the 2020 pre-season on a training block with the Cowboys NRL squad and impressed coaches to the extent he was included in the squad for the Perth NRL Nines and started four of the five games, including the grand final triumph over St George Illawarra.

A towering second-rower, Luki was signed to the Cowboys’ Cairns Academy in 2016 as a 15-year-old.

Now 19, Luki starred for the Northern Pride Under 20s over the past two seasons and was a standout in the Cowboys’ Academy team’s triumph over the Titans Academy in 2019.

The stocky second-rower was awarded the Michael Morgan Medal for best and fairest in this year’s Aaron Payne Cup.

Signed to the Cowboys Cairns Academy as a 15-year-old, Nanai moved to Townsville for his final two years of High School at Kirwan State High and was a crucial member of the Bears’ National Championship victory in 2019.

Neame was signed to the Cowboys’ New Zealand Academy and moved to Australia prior to the 2019 season.

A workhorse middle forward, Neame enjoyed a stellar 2019 with the Townsville Blackhawks and was rewarded with a Junior Kiwis berth at the end of the season.

The 20-year-old spent the 2019 pre-season on a training block with the Cowboys before returning to the Blackhawks only to have the season cancelled by the COVID-19 pandemic.

“It’s really pleasing to see these four boys make the transition from our Pathways Programs to the NRL squad. We’re extremely confident all four of these players will handle that level and they deserve their spots,” Cowboys Football Programs Manager Glenn Hall said.

“I’m really proud of not only the players, but the work our coaches have put into these boys to help them reach the level they have. We are a development club and to see our junior players progress through to the NRL is the ultimate reward for our Pathways Programs.”

“Our Pathway Programs not only revolve around teaching football, but also life skills and encouraging them to be good people and these four boys are the perfect example of that philosophy – they are talented footballers and fine young men.” 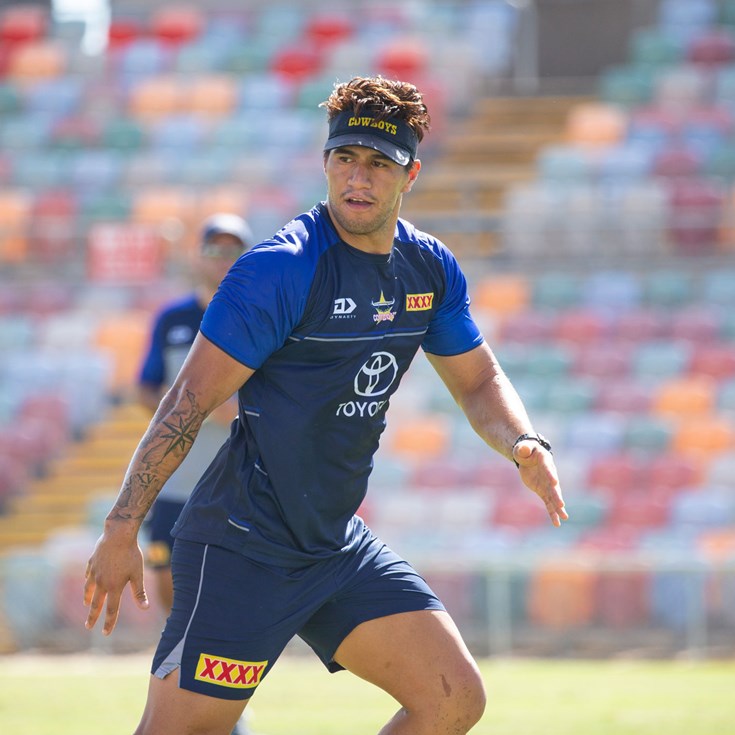