We caught up with the former North Queensland Toyota Cowboys try-scoring wizard Ty Williams to talk about his early years, his time at the club, and what he's up to now.

In 2015, the Innisfail Leprechauns junior was named on the wing in the Cowboys 20-year team.

You were born in Innisfail and played junior football in the area. How old were you when you started playing and what got you interested in rugby league?

I started playing when I was about six. I mainly started because there wasn’t much else to do back home. It was rugby league in winter and cricket in the summer months. I mainly did it just because my mates were playing. There was no mindset that I wanted to be a professional footballer. I just wanted to go and have fun with my mates.

How did you come about signing with the Cowboys?

I wasn’t picked up by the Cowboys until I was close to 20. I finished school when I was 17 and I was into my third year as an apprentice butcher. I wasn’t aspiring to become an NRL player until maybe when I really started working at it and seeing some good results on the field. When I moved to Townsville at the back end of 2000, I still did a little bit of my trade down there in one of the local butcher shops because I was only a rookie.

It was a pretty crazy week. On the Sunday or Monday before my debut, Murray Hurst was stood down as the head coach and Graham Murray came in and let me know on the Wednesday that I’d be playing. It was pretty unreal and I was stoked at the time. It was an aspiration and a dream that every young kid that plays footy in North Queensland has. To get that opportunity was pretty cool.

The Cowboys have had the benefit of having some pretty incredible try-scorers over the last 25 years, but you sit second on the list. You must be very proud of that achievement?

I’m sitting in second at the moment but the way Feldty is going, he is going to run me down very quickly. I came through an era where the Cowboys had a lot of change. When I first signed down there it was a struggling club and then the injection of key personnel really got us up and going. I came through a fairly good era with the likes of Mango and JT at their best and I obviously fell off the back of those guys. I’m pretty proud to be holding second place. Obviously Mango is a fair way in front but I think Feldty is going to run us all down.

You scored one of the most remarkable tries in the leadup to the 2005 finals series against Manly. What do you remember about that try?

The kick went up and Mango caught it just inside the field of play. It was just a reactive thing that I pushed back there because we were always told by our coaches to always play on the ball. I just pushed out wide and then Mango just shoveled it off to me. When I looked up I saw a little bit of a gap and I thought ‘If I get 20 metres out of this, I’m doing pretty good' and all of a sudden I was in the clear. It was me and Brett Stewart and I thought 'I might as well try and finish this off', and then when he fell off I was pretty stoked. It was a pretty good day for us down in Manly.

How about this 110 metre effort from Ty Williams on this day in 2005! #ridemcowboys

In 2014-15 you returned to your junior club to play your final two years of rugby league. You capped off an incredible career, winning a title alongside former Cowboys teammate Rod Jensen. What do you remember about those two years?

It was pretty special because I had the mindset in 2014 that I was going to go back home. I had learned so much along the way, whether it was in Innisfail, at the Cowboys or coaching for the Pride. I just wanted to go back and implement all the knowledge that I’d learned. Those two years were very successful for us as a club. To finish my last competitive game with ‘RJ’ [Rod Jensen], that was something we had spoken about for a while. We had a pretty big walk of life together through the Cowboys so to finish with him was pretty special. I don’t think either of us has played a game since, so we are pretty content with our rugby league careers.

You were appointed head coach of the Northern Pride in 2017 and was named the Queensland Cup Coach of the Year in 2018. What have you enjoyed most about coaching in the Intrust Super Cup?

I deal with guys with different skill sets and personalities. I think being able to adjust is something I have learned as a coach and a mentor. I like to see guys improve and become better with whatever they choose. Our main focus is rugby league, but when you coach at this level it’s also life outside of football and I think that’s a key area. On the field just watching the development of the young guys is rewarding. When I first came in the system there were guys in here that were just local league players and they are now pushing 50 Q-Cup games. Then on the flip side, you look at the guys that have gone up to play for the Cowboys like Cliffo and Hamiso. You get a bit of a kick out of the fact you have helped them along the way by providing a pathway and an opportunity for them. 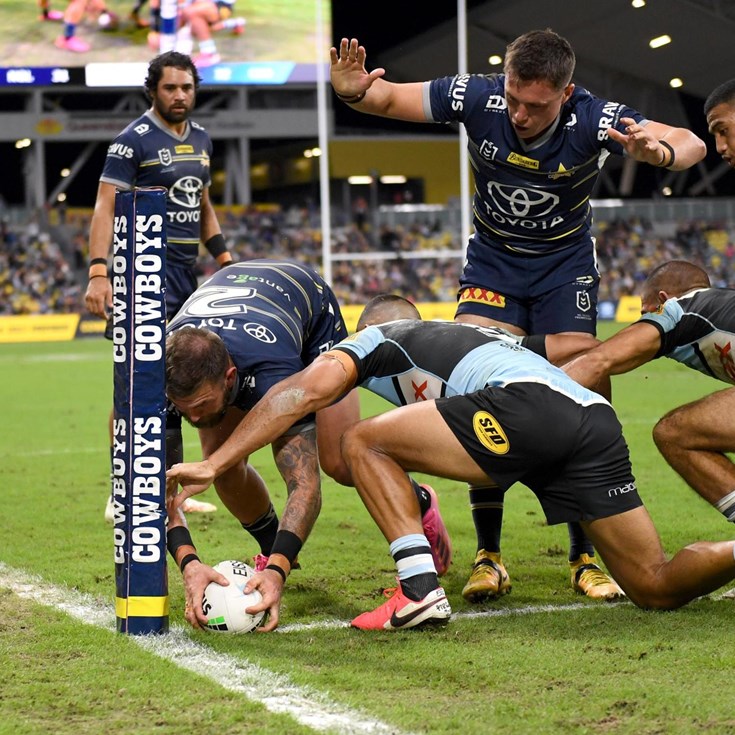 We can't give away big head starts: Feldt

Molo: We went away from what worked for us