The North Queensland Toyota Cowboys travel to New Zealand this weekend for a Saturday night showdown with the Warriors at Mt Smart Stadium.

In 39 meetings between the Warriors and Cowboys since both sides entered the competition in 1995, the Warriors hold a slender 20-19 lead in the head to head standings. The New Zealand outfit won both meetings in 2018, a 22-12 Round 5 triumph at Mt Smart and a 23-16 victory in Round 15 at 1300SMILES Stadium. Prior to last season, the Cowboys had dominated the recent battles, winning four straight matches between 2015 and 2017.

Cowboys head coach Paul Green has added almost 400 games of NRL experience to his Round 6 side after recalling winger Justin O’Neill and middle forward Scott Bolton. O’Neill turned in a man of the match performance in the Queensland Cup last weekend, scoring two tries and setting up another for the Townsville Blackhawks. Bolton will play his first game of 2019 after serving a suspension, adding significant depth to the forward rotation.

Prior to last weekend’s clash with Melbourne, Josh McGuire hadn’t started a game in the second row since Round 2 of the 2010 season. The Queensland and Australian representative was outstanding defensively for the Cowboys on the right edge and has again been named in the second-row for Saturday’s clash with the Warriors at Mt Smart Stadium.

The Cowboys venture to New Zealand marks their first trip outside of Queensland in 2019. After trial matches in Mackay and the Sunshine Coast, a Round 2 fixture in Brisbane and four of their first five regular season matches at 1300SMILES Stadium, Paul Green’s men finally leave their home state for one of the toughest trips in the NRL.

The Warriors showdown also serves as the 200th NRL appearance for McGuire. The now 29-year-old made his first grade debut for the Broncos in 2009 and has been an NRL regular ever since. McGuire has been an instant hit in North Queensland, averaging 161 running metres and 31 tackles across his first five games as a Cowboy. 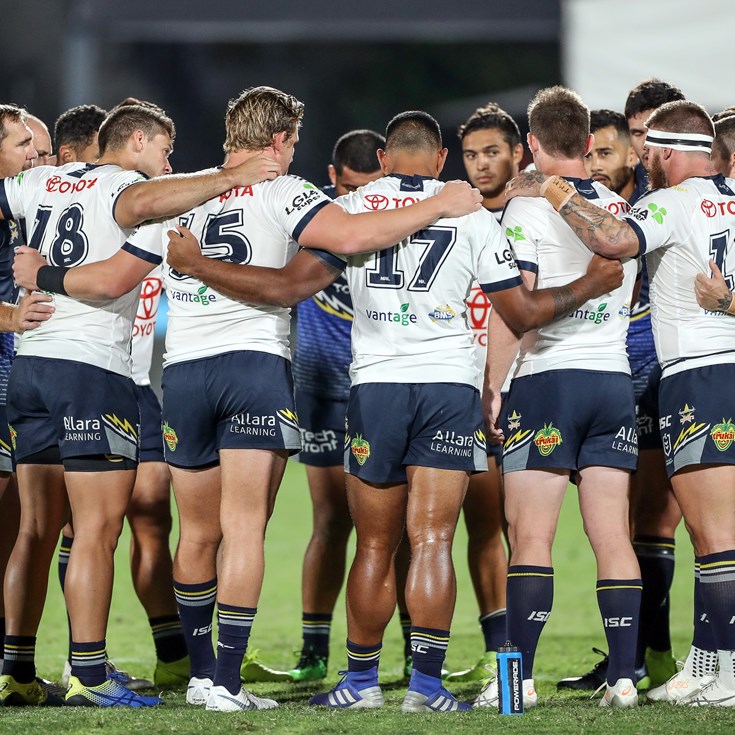 Fan's man of the match: Round 6