Jason Taumalolo will be in search of a historic fifth consecutive Paul Bowman Medal at the North Queensland Toyota Cowboys End of Season Presentation Night at the Townsville Entertainment and Convention Centre on Saturday.

Taumalolo equalled Johnathan Thurston’s record of four Cowboys Player of the Year gongs last season and appears as a leading contender again in 2020.

Along with Taumalolo, star forwards Josh McGuire and Francis Molo and leading try-scorer Kyle Feldt are all firmly in the mix for the Cowboys’ most prestigious individual honour.

Knee and calf injuries limited Taumalolo to 16 games in 2020, but when he was on the field the 27-year-old was as damaging as ever.

Taumalolo lead all NRL forwards with a monstrous 208 metres per game and second wasn’t close, with Penrith’s James Fisher-Harris registering 182 metres an outing.

The Cowboys lock also paced the NRL for post-contact metres with 88 a game.

McGuire finished inside the NRL’s top 25 for both running metres (2828) and tackles (674) in 2020. The Queensland Origin star was a constant force for the Cowboys with a number of big names battling injury, playing huge minutes across his 17 games.

For the second consecutive year, Molo appeared in every game for North Queensland and also became a regular in the starting side for the first time in his career.

Feldt looked set to be crowned the NRL’s leading try-scorer after crossing for a hat-trick in the Round 20 victory over the Broncos only for South Sydney’s Alex Johnston to score five tries the following day.

Feldt’s 19 tries were the most in any season of his career and he finished as the Cowboys leading try scorer for the fifth consecutive year. 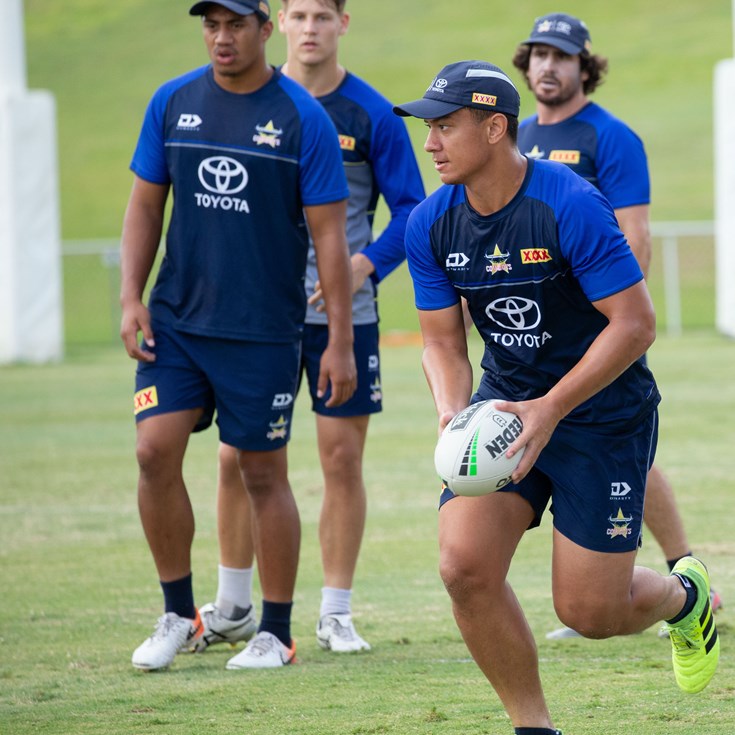 Four Cowboys named as contenders for The Players' Champion award