The North Queensland Toyota Cowboys travel to the Gold Coast to take on the Titans on Sunday afternoon.

Injuries and State of Origin commitments have ravaged Paul Green’s line-up for the Titans clash. Matt Scott and Justin O’Neill both suffered significant injuries in last weekend’s victory over the Raiders, while Josh McGuire and Michael Morgan are unavailable through their commitments with Queensland. Scott Bolton returns to the side to start in the front-row, while skilful utility Mitch Dunn shifts to the centres from the second-row. Jake Clifford and Corey Jensen have both been called up for their first NRL appearances in over a month, while Coen Hess returns in the second-row after being a late withdrawal against the Raiders.

While the Cowboys and Broncos derby generates the most press among the Queensland derbies, the Cowboys and Titans derby has also produced a number of thrilling showdowns. The Titans held the upper hand early in the head to head battle, but the Cowboys have dominated the match-up in recent years. North Queensland have won nine of the previous 10 meetings stretching back to the 2013 season, including the past eight.

Sunday’s clash will be the second between the two sides in less than a month. The Titans travelled to North Queensland in Round 8, with the Cowboys hitting their straps late to secure a 28-14 victory at 1300SMILES Stadium.

Coen Hess has amassed an impressive try-scoring record during his short time in the NRL, but it’s the Titans he’s inflicted the most damage on. Hess has scored four tries in just six games against the Titans, which is his most against any side in the NRL. 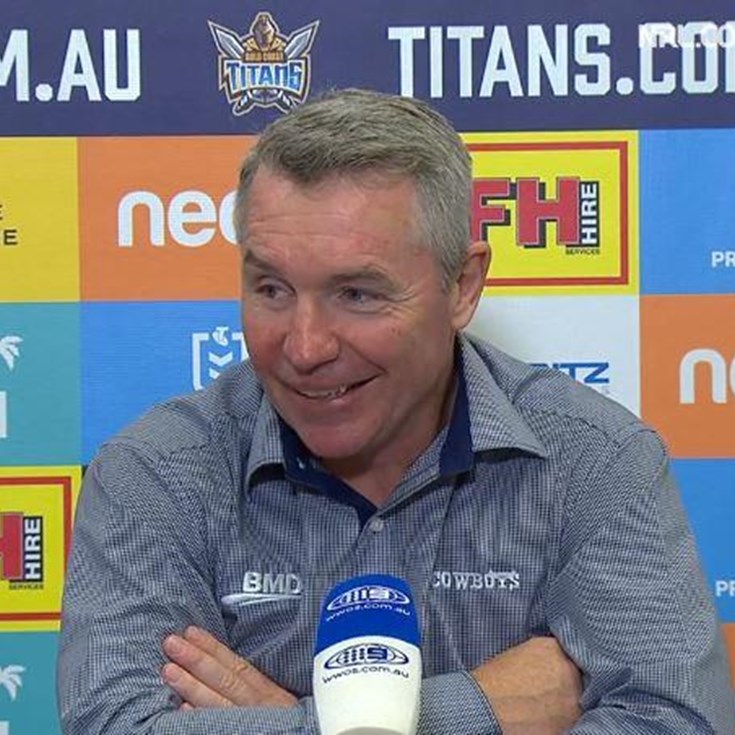 Green: That was one of the toughest wins I've been involved in

Round 1, 2008: Two club debuts, Scott milestone and a stadium opening