The North Queensland Toyota Cowboys travel to the Gold Coast to take on the Titans at CBUS Super Stadium on Sunday afternoon.

1. SKIPPER BACK ON DECK

Cowboys captain Michael Morgan returns for his first game since March this weekend. Morgan underwent shoulder surgery in the COVID-19 break, which forced him to miss 10 games. The 28-year-old has been named at halfback for his return, partnering Ben Hampton in the halves.

Twenty-one-year-old prop Emry Pere will make his NRL debut against the Titans. Pere has toiled away in the Queensland Cup since joining the Cowboys NRL squad in 2018, but has earned his place through an increased dedication to training in 2020. Pere will start the game from the interchange alongside Jake Granville, Tom Gilbert and Francis Molo.

Morgan’s return and Pere’s debut aren’t the only alterations to Josh Hannay’s side. Tom Opacic retuns from injury at centre, Mitch Dunn has been promoted from the bench to second-row, Jake Granville returns for his first game since Round 4 on the interchange and prop Josh McGuire is back from a one-game suspension.

North Queensland own a 16-8 advantage in the overall head to head battle with the Titans, including triumphs in the previous 10 encounters. The two sides have split the 10 games at the Gold Coast five victories apiece.

North Queensland’s resident ‘Mr Fix It’ Ben Hampton was at it again last weekend. After starting games at centre, wing, fullback and hooker over the last couple of seasons, Hampton was thrust into the five-eighth role against the Raiders. Prior to the Canberra clash, Hampton had started 11 games at five-eighth in his career, but none since the 2017 season. He has again been named in the No.6 to face the Titans, a team he’s scored a remarkable eight tries in 11 games against, five more than he’s scored against any other opponent. 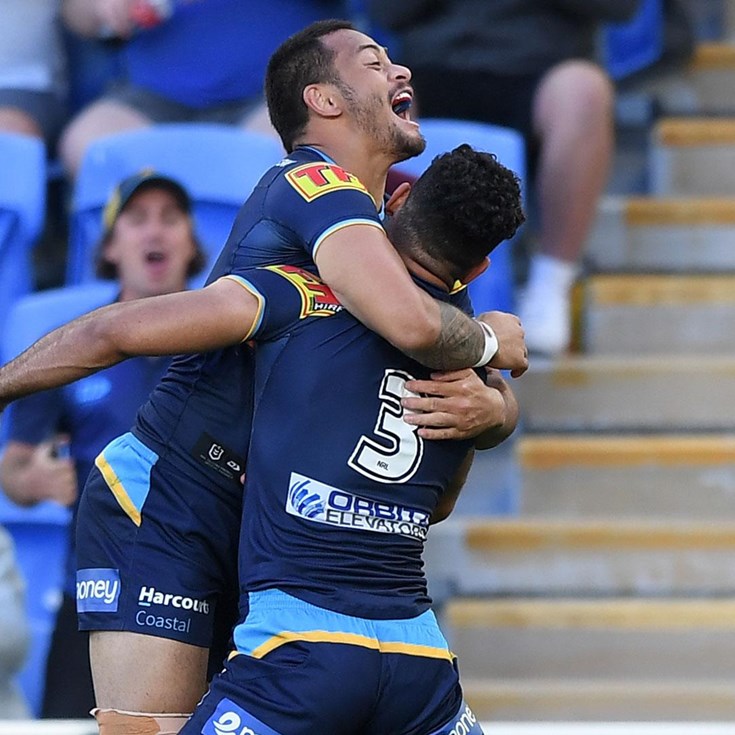