The first big influence Matt Scott had on me was when he was named co-captain for the first time in 2011.

From a young age you could see how disciplined he was and that he was a natural leader of the club.

When he has had to speak to the group, whether it was a good talk or bad, it certainly paid to listen.

He has been a cornerstone of this club through some very successful times.

Watching him announce his retirement yesterday was a bit sad. When it is someone who has been a leader and had that influence over time it is a bit sad.

I see day to day how hard he works, and how hard he has had to work to get himself right to play over the past two years.

With how big prehab and rehab is in the game now, he is one of the most professional guys when it comes to that. He does not miss a session, and it is one of the key reasons he has been able to stay at the top of the game for so long.

The things he went through with his neck last year, there wouldn’t have been too many people to keep playing on. But he saw it as a challenge and got himself back on the field.

I have been with him days before a game where you wouldn’t have thought he would play. If we travel and his back flares up from sitting on a long flight. He comes off the plane and is straight to the physio.

You are thinking there is no chance he will play, and then the next day he is running around like it was nothing. It is a credit to his toughness and his resilience as a person and a player.

Watching from the stands or on the TV you would have no idea that he has endured the 24 hours he has had. But he has never been one to let anyone down.

Listening to him talk yesterday the first feeling I got was wanting to lift in the back end of the season.

He got a bit emotional. After 15 years at the club, to see how much it still means to him it does drive that hunger and lights a fire in your belly.

There is good seasons, and bad seasons. But those years when you don’t make the finals, I think sometimes they feel like a waste.

The last thing I want is for him to go out thinking his last year in the game was a waste. When the chips are down, or were going through tough times on the field, that is something we can draw our motivation from. 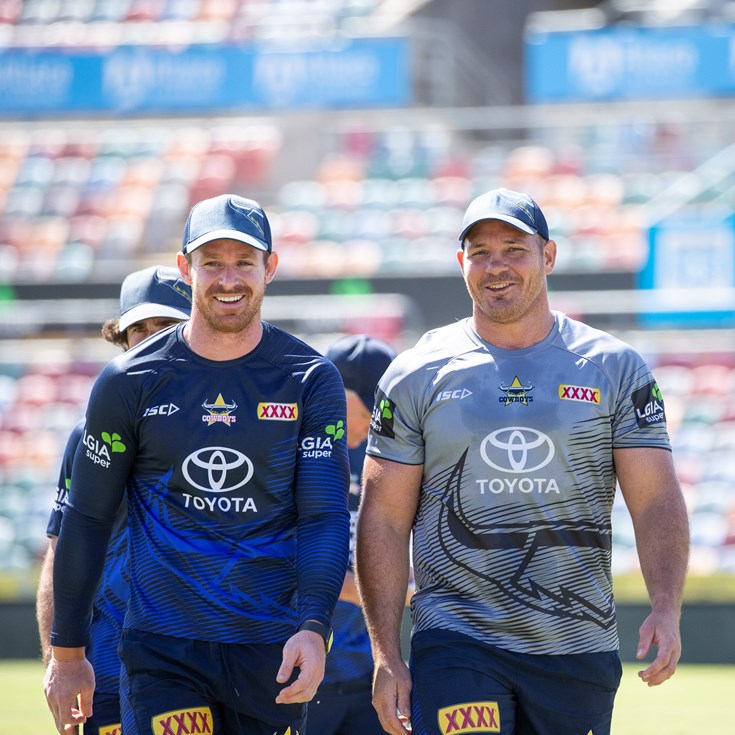 Cowboys named for Origin I