I’d like to start by saying congratulations to John Asiata and Jason Taumalolo for making the Tongan squad and I’m sure they’ll both make the team.

Johnny has played for Samoa, but he has Tongan heritage on his mum’s side and we knew he was making himself available for Tonga, so I’m glad he got the opportunity.

All the boys were really happy for him and we saw at the World Cup in 2017 what Tonga can achieve. It’s really good for international footy and it’s good they get a mid-year game as well.

As for me, I enjoyed playing fullback last week. It gave me a chance to go back there and run a bit and I enjoyed it.

It was disappointing not to win as there were opportunities we didn’t take and for the majority of the game we were the better team, so it’s disappointing to lose games like that.

We could have been in the eight, and heading into the bye, we feel like we’re below where we should be, but through injuries and suspension, we’ve had a bit go against us.

With the resilience in the group, though, you can’t fault the effort as everyone turns up with the right attitude and the goal is to keep improving.

We’ve brought a few players in and I thought Reuben Cotter went really well last week and was unlucky not to score a winning try. It’s good to be a part of the younger guys’ debuts and there’s been plenty of opportunities.

Playing the Tigers this week, we’re in a position where every win is extremely vital and of late we’ve tried to focus more of our planning around our own game.

There’s been so many changes through the week; I’m not sure of the last time we had the same team two weeks in a row, so it’s been about preparing well and being clear about what we want to do.

The Tigers are probably similar to us in they’ve lost a couple of close ones and would probably like to have won a few more, but we’ll stick to focusing on us and how we want to play.

It should be a good clash and I heard Jake Clifford say through the week Benji Marshall was someone he’d looked up to. Anyone around Jake’s age would have thought the same and it’s an opportunity for Jake to go out and continue to get better in first grade.

After this game Origin is coming up, but I haven’t thought about it really… to the point I don’t know when we even go into camp.

I’ve always been a strong believer in the mindset of not looking past each game, so this week it’s all about the Tigers. 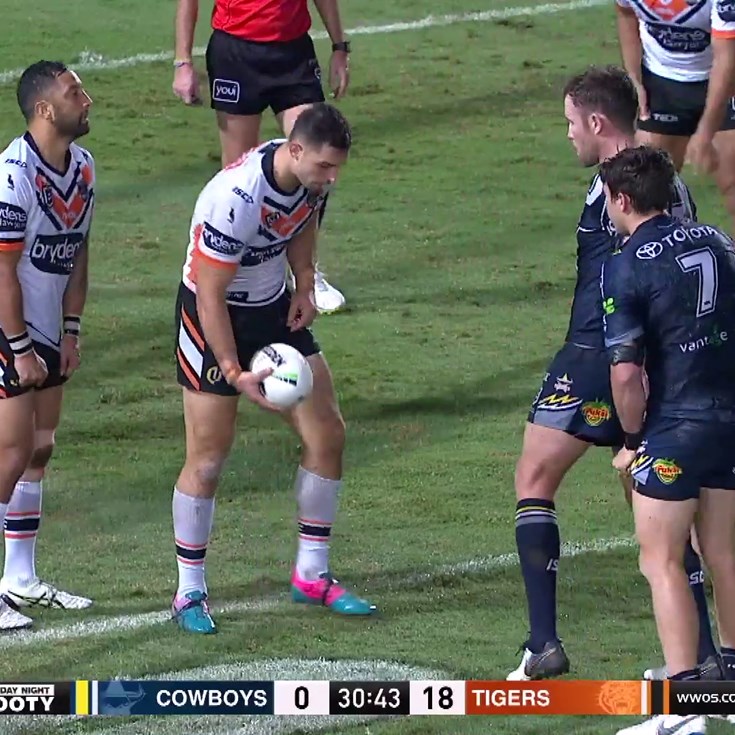 Oh What a Feeling: 'That's backing your instinct'

Play of the Day: 'This has been a masterclass from Morgan'

Five things you need to know - Round 14