It is going to be a big night against the Eels as I celebrate my 150th game and it is great to do it alongside one of my close friends in Kyle Feldt who is playing his 100th game.

We have known each other since we were kids, we both played together for the first time in the Townsville under-12 representative squad and have shared some of our best moments on the field together.

And then we were together when the Cowboys won its first NRL premiership as a club in 2015.

Knowing each that long it is no surprise we have formed a good friendship, and I am proud to see him reach this milestone.

But what I am more proud of is that we are both born and raised in Townsville, and have gone on to reach these milestones with the one club.

That’s what the Cowboys was all about. It was formed as a club so North Queensland kids did not have to leave home to chase their dreams.

I am also proud to see how far Feldty has come, and that’s not just on the field.

We all know how much he loves his fast cars, and his car that travels at the speed of light. But it has not always been that way.

I remember getting a lift to footy in his first car, it was this beat up lime green ute. You could have thought he did the paint job on it himself it was that bad.

It was this little old thing with no tailgate that sounded like it had been on its last legs long before he got it. He has come a long way in that department.

Much like his cars, he approaches his work on the wing at a hundred kilometres an hour and he has done a great job of it for the Cowboys.

For myself, I haven’t really thought about this moment too much. I had forgotten my 150th was coming up until only earlier this week.

But it definitely became real when I was looking at the honour board in the club, and the amount of players who have reached the 150 game milestone. It is an honour to join that group.

I will be the 15th player to reach 150 games, and I think there is only two others in the group who I never played alongside in Paul Bowman and Josh Hannay. It actually makes me feel a little old.

I was 18 and fresh out of school when I first made my debut, and it was a daunting prospect. I wasn’t a big talker but I needed to be in the halves.

It took me a long time to think of myself as a first grade footballer, and I think that might be the case with this milestone. It will take time to sink in.

For me it is more important as a team for us to get the win over Parramatta in front of our home crowd. 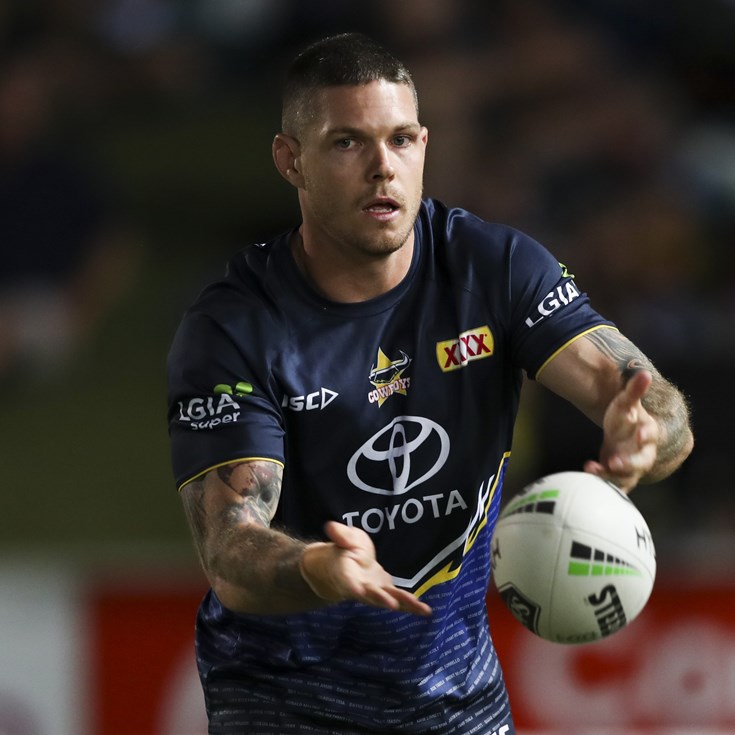