North Queensland Toyota Cowboys star duo Matt Scott and Jason Taumalolo have been named to return for Friday night's clash with the Eels in what will be Johnathan Thurston's last game at 1300SMILES Stadium.

Scott, who missed last weekend's fixture against Cronulla to rest an ongoing neck issue, will become just the third player and first forward to appear in 250 games for the Cowboys on what will be one of the biggest nights in club history.

The Cowboys co-captain will join Thurston and club legend Matt Bowen as the only players to have reached the 250-game milestone.

To make the night a triple celebration, hooker Jake Granville will play his 100th game for the club.

Taumalolo returns after serving a one-week suspension and slots straight back into his No.13 jersey.

Scott Bolton and John Asiata return to the interchange and are joined by Francis Molo and Ben Hampton.

Forwards Ethan Lowe, Shaun Fensom and Corey Jensen are joined in the reserves by outside back Javid Bowen. 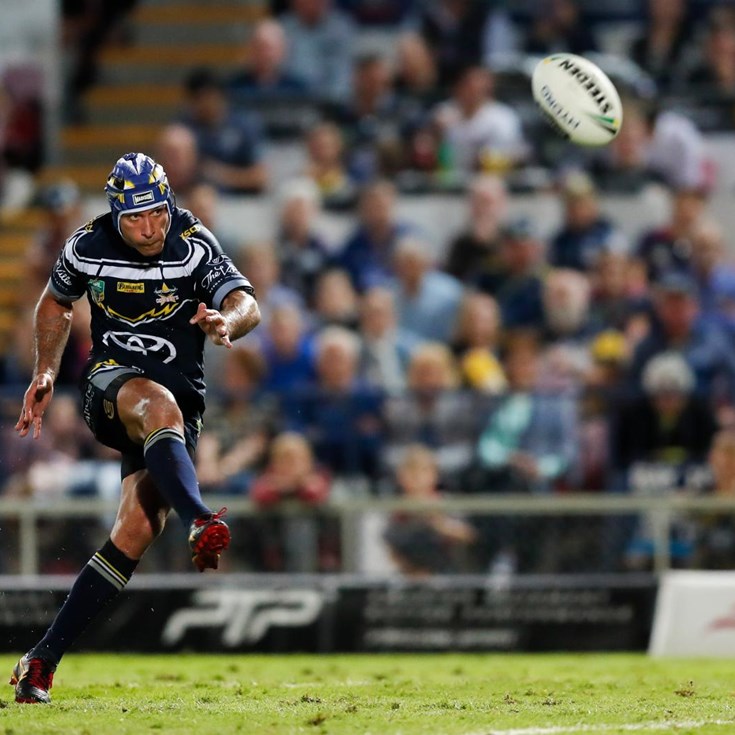