Emotions will be high when the Johnathan Thurston "farewell tour" stops at Townsville for one last time.

With both teams doing their utmost to avoid the wooden spoon, will the predicted capacity crowd ride the Cowboys to victory?

Parramatta have been impressive lately, especially Jarryd Hayne playing out of position on the wing.

This will be an open affair, with both teams traditionally renowned for their attacking flair - and this season, their poor defence.

Key match-up: Jake Clifford v Jaeman Salmon. The respective five-eighths have both impressed after being handed opportunities in first grade late in the Telstra Premiership campaign. Both love to attack and this could be the first of many meetings over the next few years.

For the Cowboys to win: Ride on the Thurston emotion. The Cowboys haven't 'won' the wooden spoon since 2000 and they will be desperate to avoid the unwanted honour in their co-captain's final season.

For the Eels to win: Feed Jarryd Hayne. The X-factor has been at his scintillating best in recent weeks and is tipped to ink a new deal ahead of the 2019 Telstra Premiership campaign. His hat-trick in round 22 versus the Dragons showed the 30-year-old is still one of the leading players in the game.

Cowboys Stat Attack: Despite sitting in 16th spot, Paul Green's men boast the leading possession (52%), equal with the Dragons and Sharks. Johnathan Thurston has engaged the line more than any other player (115 times), with Jason Taumalolo the best post-contact metre-eater (1575m). Thurston also has the most line-break assists (20) and try assists (18) in the competition.

Eels Stat Attack: It won't surprise many that Parramatta have made 7732 tackles this year. Only the Tigers (7787) have made more after 23 rounds. Their set completion (78%) is impressive given where they sit in 15th spot on the ladder.

And another thing: This looms as a dream game for those who love end-to-end attacking footy. Look for Thurston to rally his troops one final time in front of an adoring home crowd, who will turn out in droves to farewell their best ever player.

Cowboys: Te Maire Martin (ankle) has been replaced at fullback by Ben Hampton. Matt Scott (neck) returns at prop for his 250th NRL game. Martin and Corey Jensen were the two players left out 24 hours before game time while Javid Bowen and Shaun Fensom were omitted on game day with Ethan Lowe taking the final bench spot.

Eels: Nathan Brown's season-ending knee injury is offset by the return of Tim Mannah from a broken hand and Kane Evans' recall. Cameron King is also back after an 80-minute hit out for Wentworthville. Ray Stone and Josh Hoffman were the two players omitted 24 hours out from kick-off. Oregon Kaufusi and Bevan French were omitted on game day, with King swapped into the starting team and Reed Mahoney benched.

Petero Civoniceva's prediction: Sure to be a great occasion in Townsville for Johnathan Thurston's final home game and his team-mates will feed off that emotion. The Eels were going along OK but I think last week's loss to Melbourne will have knocked the stuffing out of them. It has been a tough slog for the Cowboys in 2018 but this will be a special night for the club. 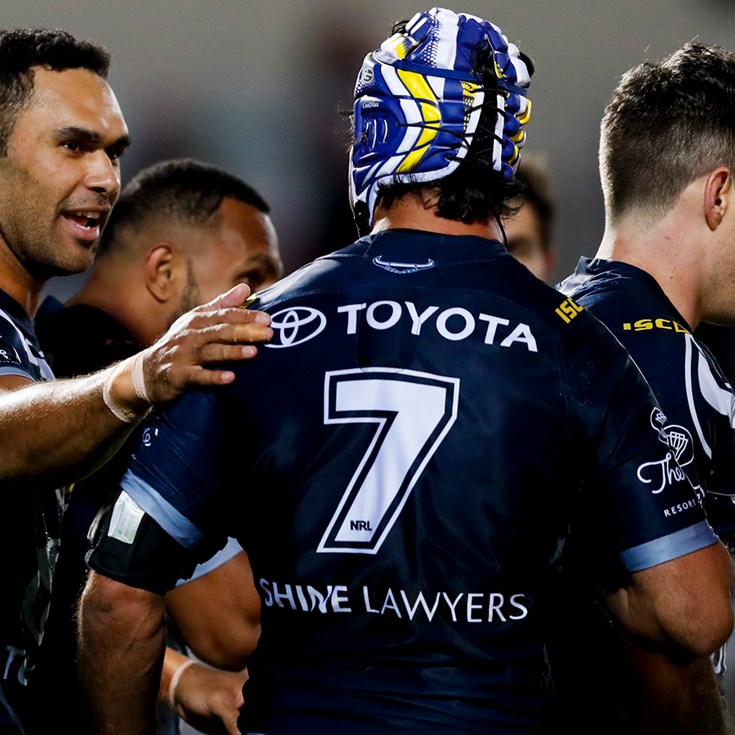