The North Queensland Toyota Cowboys host the Brisbane Broncos at 1300SMILES Stadium on Thursday night for the second and final instalment of the XXXX Derby in 2018.

The XXXX Derby needs no introduction. The Cowboys and Broncos rivalry has been fierce ever since the Cowboys entered the premiership in 1995, but in recent years the clash has morphed into a whole new beast. Starting with the Cowboys history-making golden point 17-16 victory in the 2015 grand final, four of the last seven meetings have been decided by one point.

Brisbane's dominance in the early days of the XXXX Derby are well documented, but the Cowboys have exerted some revenge in recent years – especially in Townsville. North Queensland have won seven of the last nine meeting at 1300SMILES Stadium, including the thrilling 26-20 victory in week two of the 2016 finals.

Thursday night will mark Johnathan Thurston's 33rd and final showdown with the Broncos. The Cowboys co-captain has faced Brisbane more than any other club in his legendary career, with the defining moment his premiership-winning field goal in the 2015 grand final. His 192 points and 82 goals in Brisbane clashes are Thurston's most against any club.

Gavin Cooper has long been one of the NRL's premier try-scoring forwards, but like a fine wine, the Cowboys second-rower seems to be getting better with age. Cooper has scored a four-pointer in five consecutive games, which started with a try from a JT grubber in his milestone 200th Cowboys appearance against South Sydney in Round 16.

Cowboys head coach Paul Green has been forced into one change to his side for the Broncos encounter, with interchange forward Shaun Fensom unavailable after failing a HIA after coming from the field against the Roosters last Saturday. The five-day turnaround between matches was not enough time for Fensom to recover from the head knock. Corey Jensen has been recalled to the side in Fensom's absence. 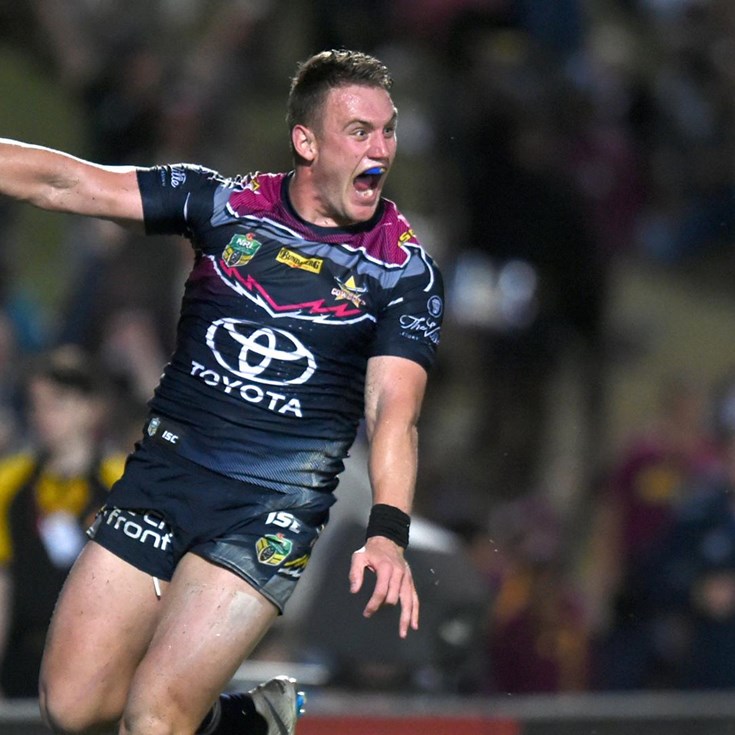