Game One of the State of Origin series has forced North Queensland Toyota Cowboys head coach Paul Green to make a host of changes to his 21-man squad for Thursday night's clash with the Manly Warringah Sea Eagles.

With fullback Michael Morgan and second-rowers Gavin Cooper and Coen Hess all unavailable through their commitments with Queensland, Green has been forced into a major line-up re-shuffle.

Lachlan Coote returns to the No.1 jersey after two weeks in the Queensland Cup with the Mackay Cutters.

After making his first two NRL appearances of the year from the interchange, 19-year-old flyer Enari Tuala has been elevated to the starting side with regular centre Ben Hampton moving to the bench.

Ethan Lowe also returns to the top grade and will partner workhorse Shaun Fensom in the second row.

Prop Sam Hoare is in line to make his first NRL appearance of 2018 after being named on the interchange alongside Hampton and forwards Corey Jensen and Francis Molo.

Experienced centre Kane Linnett makes his first appearance on Green's team list in 2018 after missing the first half of the season with a torn pectoral muscle.

Linnett joins outside back Javid Bowen and youngsters Jake Clifford and Mitchell Dunn on the extended bench.

Green will also be sweating on the outcome of co-captain Matt Scott's judiciary hearing on Tuesday night.

Scott is facing a one-game ban after being charged with a grade one shoulder charge against Melbourne last weekend. 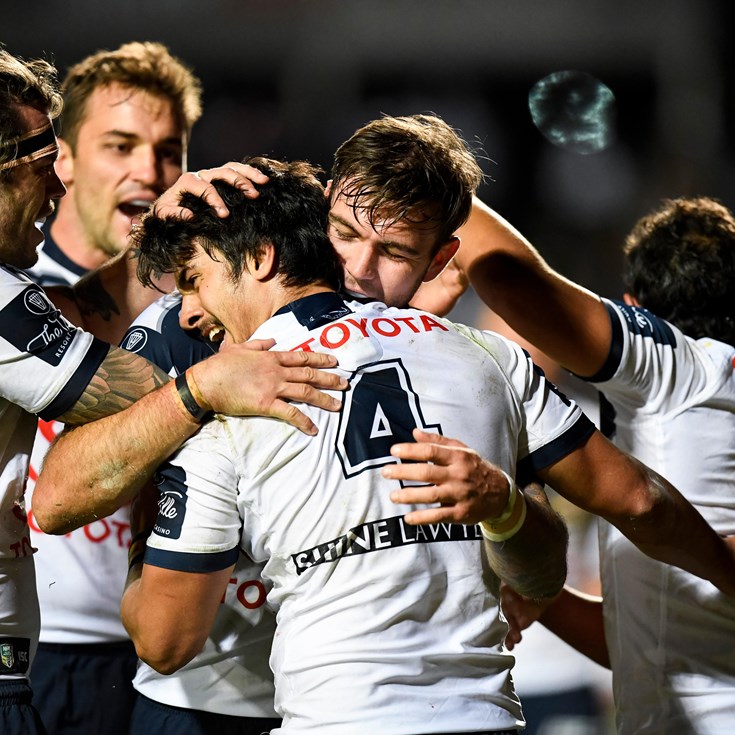