It's been less than two months since the Melbourne Storm edged the North Queensland Toyota Cowboys in golden point extra-time in the Victorian capital.

A Brodie Croft field goal was all that separated the sides on that cold Melbourne night in June, in a game played without the two teams’ Queensland State of Origin stars.

That’s the 10 best players across the two teams, yet the sides managed to put on a bell-ringer of a match at AAMI Park.

Fast-forward to early August and the latest chapter in the storied Cowboys-Storm rivalry will take shape at 1300SMILES Stadium tonight.

And this time, both sides will field their best available teams: the Cowboys will have all three of their successful Origin contingent on deck – Gavin Cooper, Michael Morgan and Coen Hess – while the Storm will field five of the six players who led the Maroons to a stirring Game III victory.

Maroons five-eighth Cameron Munster has been ruled out of the clash in Townsville. 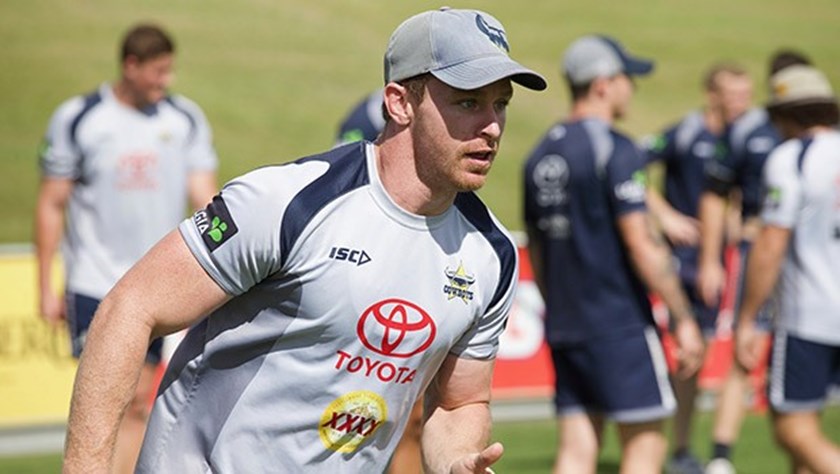 QUALITY ACROSS THE PARK

Despite the Cowboys being without their inspirational leaders Matt Scott and Johnathan Thurston, the Cowboys will take a high-quality, settled side into the match with Cooper leading an in-form forward pack spearheaded by Scott Bolton and Jason Taumalolo.

The pair have been ultra-consistent this season, with Bolton and forward partners John Asiata and Ethan Lowe having played all 19 games in 2017.

In the halves, Michael Morgan continues to lead the team around the park in Thurston’s absence, with the young playmaker taking a more aggressive frame of mind into his latest outings as he delays the pass and runs at opposition defences more, allowing his slick outside backs more room in which to operate.

Working in tandem with Morgan is crafty five-eighth and mid-season recruit Te Maire Martin, the Kiwi representative a mid-season transfer from the Panthers where he earned a reputation as a dangerous ball runner.

Now four games into his Cowboys career, Martin is growing in confidence with each outing and will be looking to be around the ball whenever possible on Friday night.

Out wide, the Cowboys boast dependable veteran Antonio Winterstein and finishing specialist Kyle Feldt, who has racked up nine tries in his past 10 matches after an early-season dry spell.

Speaking of tries, young interchange forward Coen Hess continues to impress with his penchant for a four-pointer.

Hess leads the tally for his team, having scored 12 tries in 18 games this year.

Hess has been used super-effectively this season, his strong, direct carries invariably bending all defensive lines, much like his fellow human wrecking ball Jason Taumalolo, although the latter puts far more lateral movement into his work. STORM NOT TOO SHABBY EITHER

With Smith and Cronk running the show alongside young five-eighth Riley Jacks, the Storm will look to build a solid platform off which Craig Bellamy’s speed men can optimise their skill sets.

Flashy wingers Suliasi Vunivalu (15) and Josh Addo-Carr (14) are responsible for 29 of the 68 Melbourne Storm tries scored by this week’s named 17 in season 2017.

Look for the big, mobile Storm forward pack to press for the early advantage, allowing Smith and the halves to find these speed merchants to good, early ball.

Both wingers are capable of scoring long-range tries if given the chance, something the Cowboys need well be on their guard for given Rooster Latrell Mitchell’s stunning 70m effort down the Cowboys’ right edge last weekend.

Cowboys coach Paul Green this week gave the green light for interchange forward Shaun Fensom to return to the field after a week out with a rib injury.

Fensom was a late withdrawal against the Roosters last-start, paving the way for youngster Braden Uele to make his NRL debut.

Uele was solid in his limited time on the field, but Fensom’s 152 games’ NRL experience will be crucial against a Storm side boasting experience and class in a number of positions, not least of which in the middle of the paddock.

THE WOOD ON US

The Storm have won the past four matches between the sides – including week one of the 2016 finals series – with the Cowboys having not toppled them since week three of the 2015 finals series, that 32-12 result putting the Cowboys into their second grand final and eventually a maiden premiership.