North Queensland forward Gavin Cooper is juggling two great joys with his wife Tenille due to give birth to the couple's second child in the same week that he has achieved long-awaited selection in the Queensland Origin team.

Cooper was the lone selection shock for the Queensland team for Game Three in Sydney next Wednesday night, the 30-year-old veteran of 11 NRL seasons coming in for injured Raider Josh Papalii.

Cooper's inclusion was a last-minute elevation due to Papalii being ruled out with a knee injury following Canberra's stunning win over the Knights on Sunday but his exact arrival into camp remains unclear due to the imminent arrival of baby number two.

Such was the lateness of Papalii's withdrawal that Cooper was not able to assemble in Brisbane on Monday with the rest of the squad with a final decision to rest on whether a sibling for Archie Cooper is due to come sooner rather than later.

With 225 NRL games to his name and six weeks shy of his 31st birthday Cooper admitted to Walters that he thought his Origin "ship had sailed" and the coach said his inclusion has been warmly received by the playing group.

"It's fantastic news for Cooper and it just goes to show you about perseverance and sticking to your trade and doing a good job at your trade," Walters said.

"He's been a great player for the Cowboys over the distance and it will be great to see him get his opportunity on Wednesday week.

"There are a lots of players amongst that Queensland team that are really, really happy to see Gavin finally get an opportunity.

"He's been very close a number of times to being selected, even through Mal's (former Queensland coach Mal Meninga) reign.

"I know that he'd been in and around the team for a long time now and he finally gets his chance so it was a pretty easy decision from our point of view."

Myles has been tipped to be a late inclusion for Manly in Monday night's meeting with the Dragons at Brookvale but even if he doesn't take the field Walters has every confidence that a man of his experience will handle the Origin intensity despite not playing for the past month.

"From what I believe from their medical staff we give him every chance to play on Wednesday week," said Walters, who has already wrapped up a Series win in his first year in charge.

"Nate's played 30 Origins so if we thought it was a risk we wouldn't play him.

"He'll tell us if he's ready to go or not and we've got a lot of trust in Nate's honesty, whether he can play or not, and if he says yes then obviously he'll be a great inclusion for the Queensland side.

"He's been such a great player for Queensland over the period and given his experience and expertise at that level, I don't think Nate's foolish enough to run out there if he's not fit." 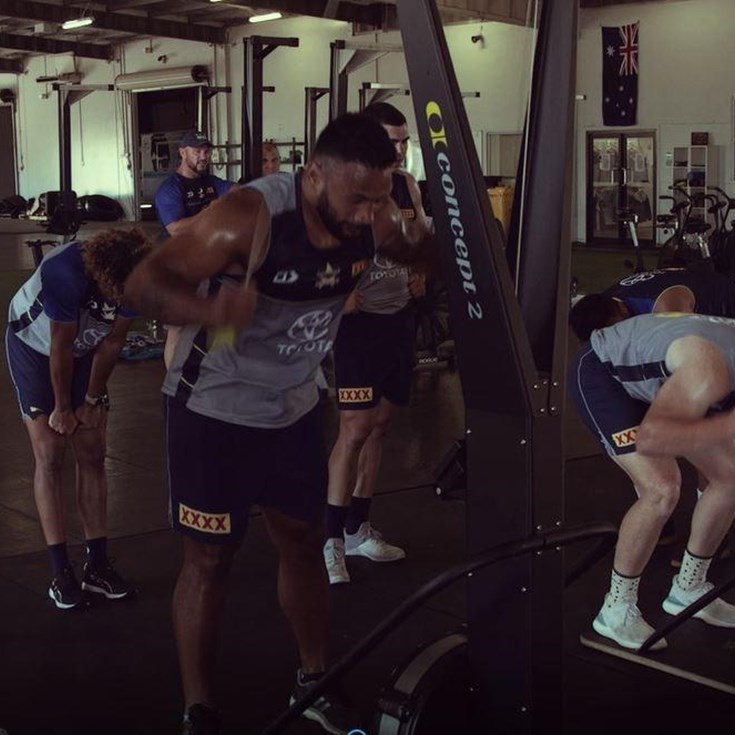 The best of the Cowboys CrossFit session

Those three have set the benchmark: Pere

I can learn a lot off them: Gilbert