The North Queensland Toyota Cowboys will again switch their hookers up for the second-straight week with Rory Kostjasyn due to start in tonight’s Round 3 National Rugby League match against the Roosters at 1300SMILES Stadium.

Last week against the Eels, Kostjasyn was a late inclusion in the starting 13, moving speedy No.9 Jake Granville to the bench.

Head coach Paul Green has again gone with the same strategy, with the rest of the team unchanged from the one named on Tuesday. 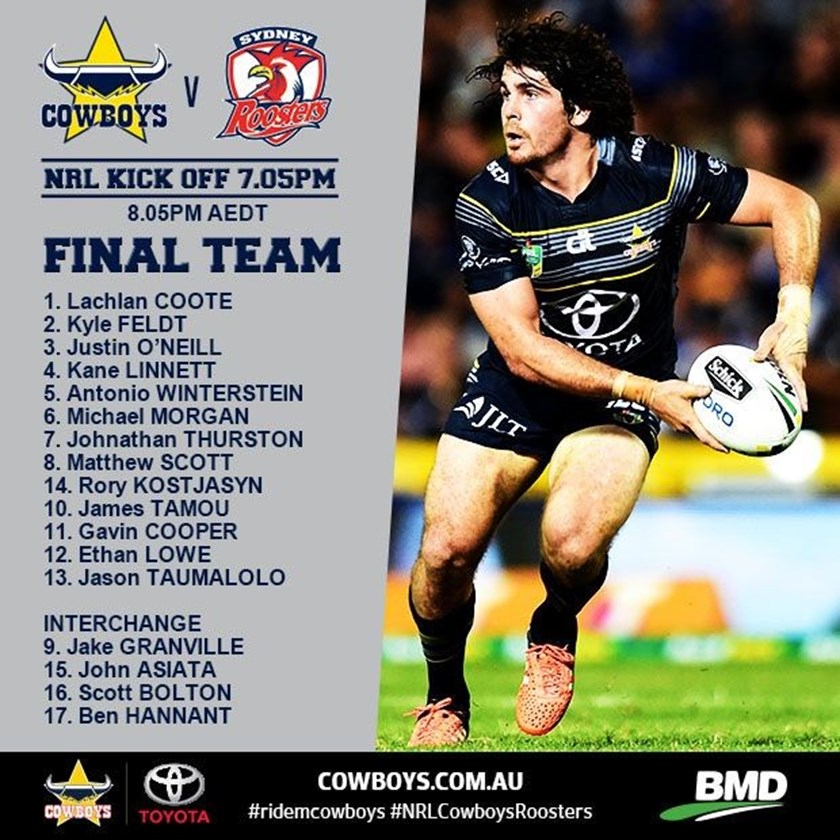 The 27 Cowboys taking the field on Saturday

Presented By BMD 6 hours ago
20