The North Queensland Toyota Cowboys fired up for over 700 sponsors, corporate members and special guests at their 2015 season corporate launch last Friday, celebrating the start of their 20th anniversary season in true NQ style!

The crowd heard the exciting news of the appointment of inaugural Cowboys CEO Kerry Boustead to the club's board and were also entertained with a Q&A session with Kerry and event MC Wayde Chiesa (below). Guest speaker Rupert McCall kept the audience enthralled throughout his keynote speech, highlighted by his rendition of the bespoke 'The Cowboy's Call to Arms', which begins:

On the northern plains of Queensland where they breed their humans tough
And an earthly salt goes flowing through the veins
Where the DNA of life consists of simple, solid stuff
A man stood up one day and took the reins...

The full version of the poem is available as a collector's poster, on sale from the membership tent (Western grandstand) at Cowboys v Roosters this weekend. 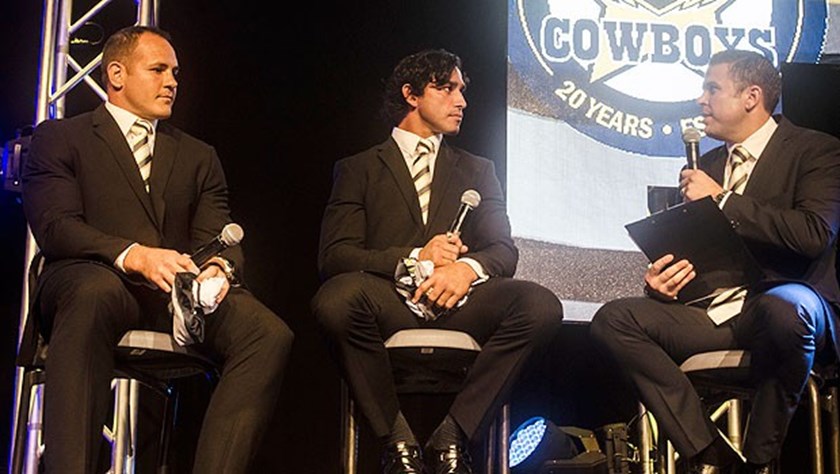 Taulagi: It was a good wake up call

Feldt on return; co-captaining pairing of Taumalolo and Townsend