A strong finish to the season saw Thurston, who claimed the accolade in 2005 and 2013, retain the title ahead of 2009 medallist Jarryd Hayne, Anthony Milford, Jesse Bromwich and Gareth Widdop, who were all finalists for the award that is determined by votes lodged by players after each game of the NRL regular season.

"I pride myself on the way that I play so to be able to accept this award is truly humbling,” said Thurston, who sent a video message from Townsville where he is preparing with the Cowboys for this Friday's semi-final.

“In my eyes there is no higher honour in the game (than) to be voted one of the best by your peers, so I thank you for that.”

Earlier in the night Thurston was named the Australian Representative Player of the Year for his performances across World Cup, Test and Origin competition.

“It was a privilege to be nominated but to actually receive this is truly humbling,” said Thurston.

“It's a highly contested award and there’s a lot of great players out there in the representative arena.

“I’d like to thank those who voted. It’s no doubt an honour I will cherish for many years to come.” 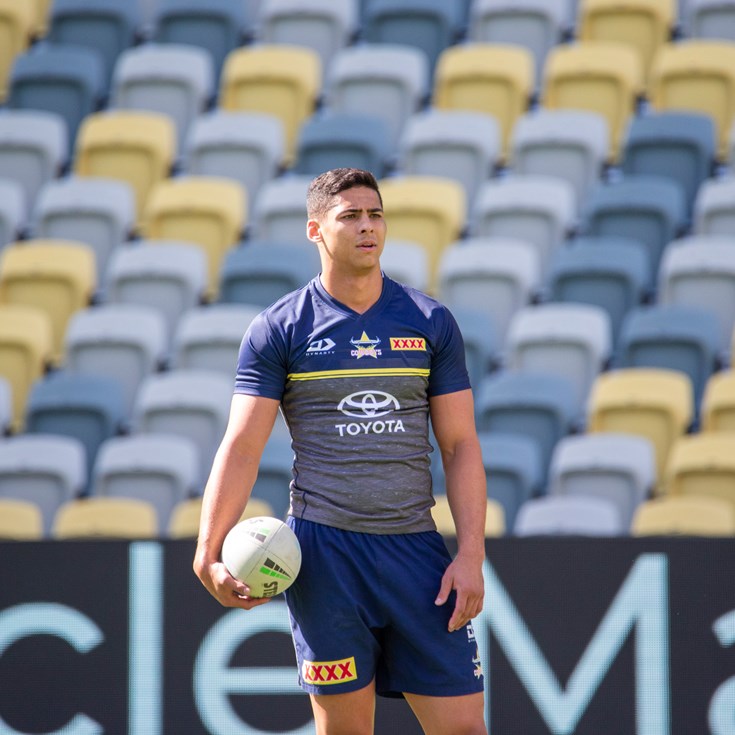 Luki hoping to lock down starting spot in preferred position