John Asiata joined the Cowboys at the start of the 2014 season on a two-year deal after a successful NYC stint at the Sydney Roosters, where he played, in 2013, under future Cowboys head coach Paul Green.

In first year with the Cowboys, Asiata showed why Green was so keen on bringing him North, the youngster making his NRL debut in Round 12 against the Storm. He would play six top-grade matches in his debut season, earning club Rookie of the Year honours at season’s end.

Asiata played his first NRL match of the 2015 season in round 4, but went on to feature for the Cowboys in every fixture from there.

Playing all but two of his matches in 2015 off the bench, Asiata averaged 17.5 tackles and 85 metres per match, playing an average of 30.5 minutes per game.

Asiata played his part in the 17-16 victory in the Grand Final against the Broncos, making 80m and 18 tackles in 24 minutes as the club celebrated its maiden NRL premiership.

Entering his third year as a Cowboy, Asiata started 2016 in the best 17 as Green rewarded loyalty by playing his entire 2015 grand final team for the first four games of the new season.

He was a staple of the Cowboys team until after round 6, at which point he then played four weeks for the Mackay Cutters in the Intrust Super Cup as Green looked for ways to get him more footy under his belt.

Stints in the halves for the Cutters helped the 23-year-old gain a return to the NRL fold, where he remained for most of the season.

The 2016 season also marked Asiata’s international debut when he was selected to represent Samoa in the May Polynesian Cup match against Tonga. The young Cowboys came off the bench in Samoa’s 18-6 victory.

The 2017 season was a watershed one for Asiata, with the 24-year-old one of just five Cowboys to play in all 28 matches for the club as the team rolled on for a third overall grand final appearance, and second in three seasons.

The Sydney product also played his second Test for Samoa – in a May clash against England – he and wife Shailah welcomed daughter Eleana into the world, and he broke his NRL try-scoring duck, crossing in Week 2 of the NRL finals against the Eels in his 76th NRL match.

Asiata was offered a three-year contract extension in 2017, which will keep him in Cowboys colours until the end of the 2020 season.

Asiata provided an immediate boost to the Cowboys forward pack upon making his return against Canberra in Round 18.

Aside from the drop in games played, Asiata’s 2018 numbers were on par with the previous season, with his average running metres slightly down and average tackles increasing by one. 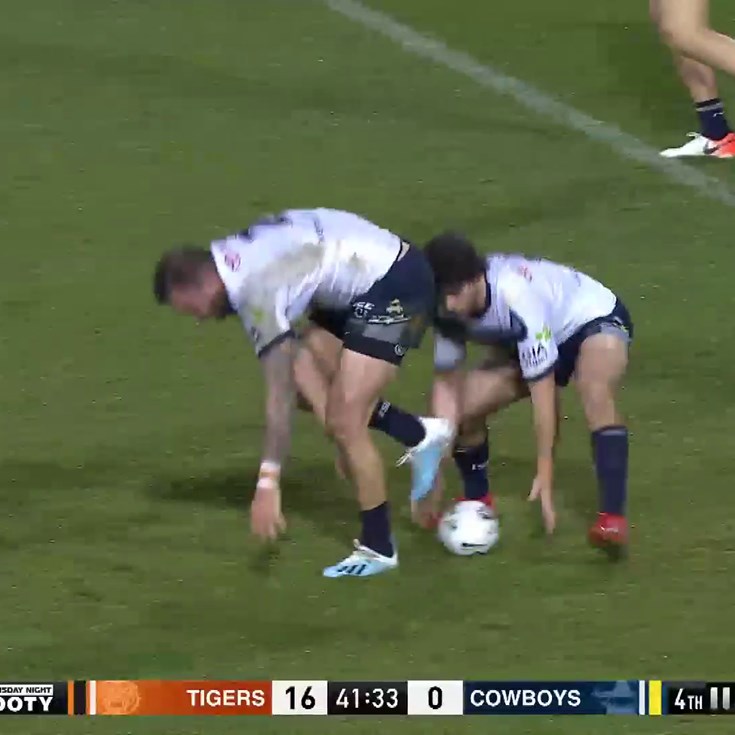 Asiata: When our time came we didn't execute

Asiata Q&A: Fix up that hairline 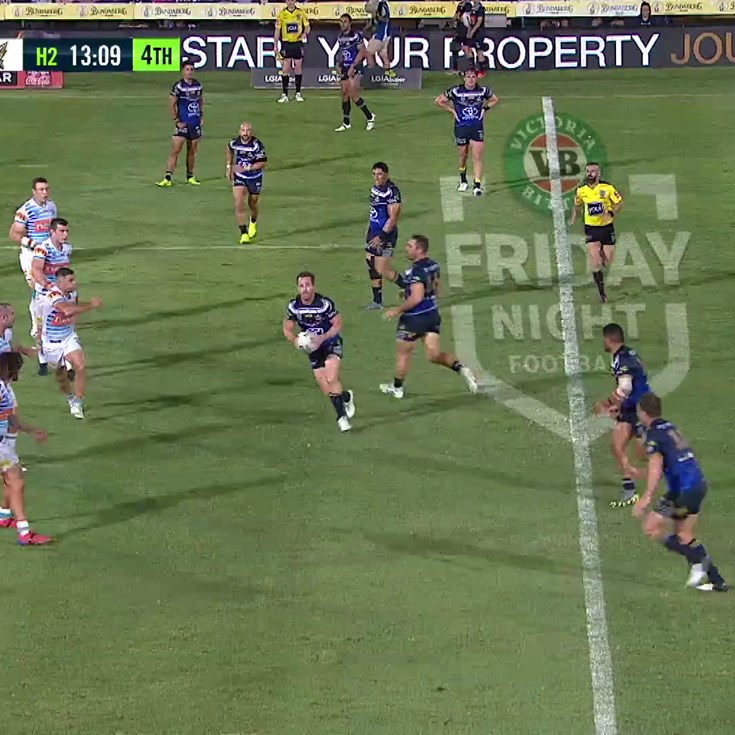 Play of the Day: John Asiata