Kiwi born youngster Daejarn Asi impressed Cowboys coaches so much during a pre-season training block, he was offered a three-year contract to join the NRL squad just prior to the start of the 2020 season.

A product of Christchurch, Asi relocated to Australia where he attended renowned rugby union nursery Brisbane Grammar School before moving to North Queensland in 2019.

Asi starred for Cowboys feeder club Townsville Blackhawks in the Hastings Deering Colts in 2019 and earned an Intrust Super Cup debut late in the season.

A versatile back with a huge left boot, Asi has the ability to play fullback, centre and five-eighth. 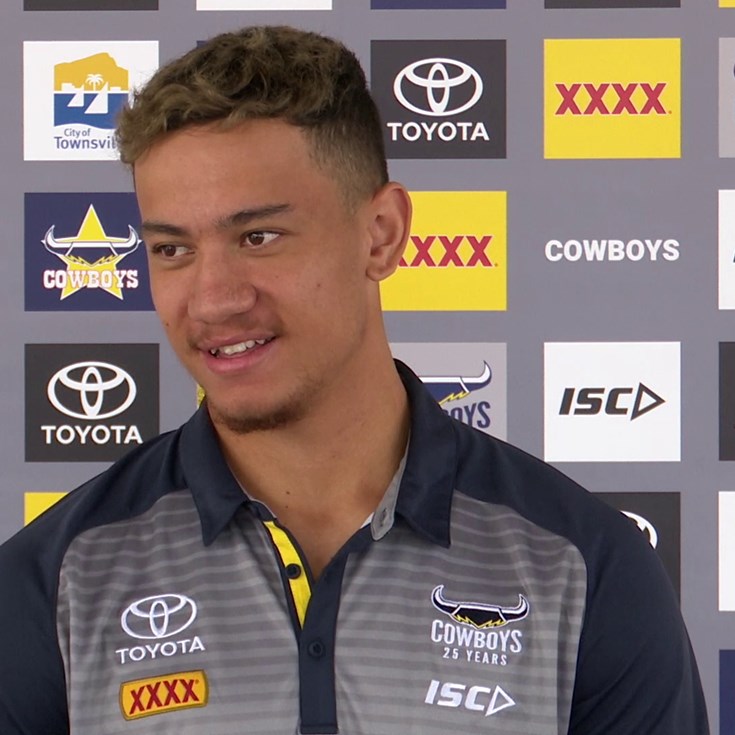 Asi on debuting alongside two schoolmates