A home-grown North Queensland product, Cotter has emerged as a Cowboys fan favourite through his tenacious style of play and will now remain at the club until at least the end of the 2025 season.

Cotter, a Sarina Crocodiles junior, switched from hooker to middle forward in the lead-up to 2021 and was one of the Cowboys best over the opening month of the season.

The 22-year-old suffered a Lisfranc injury in the opening exchanges of a Round 5 victory over the Wests Tigers, but not only finished the game, produced a lion-hearted man of the match performance.

Cotter has appeared in 21 games over the course of three seasons for North Queensland following his fairytale debut in Round 13 of the 2019 season. After injury disrupted the start of his senior career in 2017 and 2018, Cotter returned through the Queensland Cup with the Mackay Cutters and was called upon for his NRL debut just three months later.

“We’re thrilled Reuben has extended for a further three seasons. He had significant interest from other clubs, but expressed his desire to remain here and we were able to get a deal done quickly,” Cowboys General Manager of Football Micheal Luck said.

“Reuben is a North Queensland kid who has all the characteristics we’re looking to build this club around. He’s tough, resilient, hard-working and loyal, which are the features we are looking to instill in our playing group.

“We also view him as a potential future leader of our club. Reuben has endured more setbacks to start his career than most would in a decade in the NRL, but the resilience he has shown to not only overcome serious injury, but develop into a crucial member of our squad has been phenomenal.” 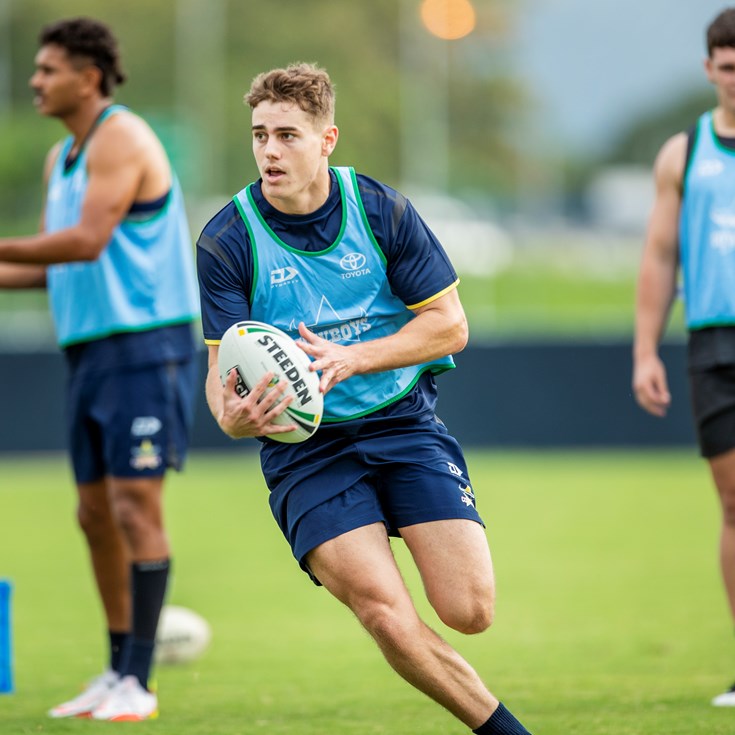 Cotter eager to lock in middle role in 2022