Cowboys Rugby League Football Ltd is a wholly owned subsidiary of the Cowboys Leagues Club. Its Board possesses a range of skills and qualifications suitable to the governance and strategic oversight of a multi-million dollar sports entertainment business. Board members are appointed by invitation from the current Board as needs and requirements evolve in accordance with its strategic planning activities. The Board appoints the Club's Chief Executive Officer and ratifies significant operational recommendations from the senior executive team.

Lewis Ramsay works as a consultant and manages personal property interests. He is a former General Manager of North Queensland Newspapers and holds a Bachelor’s degree in Business (Communications) from QUT and a Master of Business Administration (MBA) from JCU.

Lewis has worked in Federal Government in Canberra, served as the Marketing and Commercial Manager for the North Queensland Cowboys and the Brisbane Broncos Rugby League Clubs, and worked as Director, Commercial of Brisbane Marketing (Brisbane’s equivalent to Townsville Enterprise).

Lewis is currently a Non-Executive Director of the North Queensland Cowboys and the Cowboys Leagues Club, as well as Queensland Country Health Fund and Queensland Country Bank (Deputy Chair). He has previously sat as a Non-Executive Director of the Townsville Mater Hospital and played an active role in many local community and civic committees and events. He is a graduate of the Australian Institute of Company Directors' Course and AICD member. Lewis holds a QBCC Builder’s License and Qld Real Estate Agent’s License. He is a 5th generation Townsvillean.

Cam Charlton has an extensive career as a Chartered Accountant and Corporate Advisor. He has been Managing Director of Kleinhardt Pty Ltd Business Consultants and Brokers since establishment in 1993.

Cam's work is focused on sustainable business growth and development with particularly strong emphases on performance enhancement and governance. Cam has also developed a strong practice in regional economic development. Cam has extensive International experience having worked throughout Australia and in Papua New Guinea, the United Kingdom, Russia and the South Pacific.

Cam is immediate past Deputy Chancellor and long serving member of the governing Council of James Cook University. He is a former Director of the RACQ, and former Chairman of Tourism Tropical North Queensland and Advance Cairns Ltd.

Cam holds degrees in Commerce and in Law from the University of New South Wales.

Steven Titmus works as a lawyer and as a company director.

Steven has extensive experience in corporate, contract, property and commercial law matters, having worked on a wide variety of projects with listed and unlisted public companies, private companies, not-for-profit organisations and statutory authorities. Prior to establishing Private Legal, Steven was General Counsel of a large privately-owned property development and management group, a Director and Company Secretary of a privately-owned property development group, and a partner in a law firm.

Steven holds a combined Bachelor of Commerce - Bachelor of Laws degree, and has held a practising certificate as a solicitor for over 25 years.

Professor Sandra Harding took up her appointment as Vice Chancellor and President of James Cook University in January 2007. In this role, she is responsible for ensuring clear and effective leadership and management of the University across all operating sites, including campuses in Cairns, Singapore and Townsville. Professor Harding has extensive academic and academic leadership experience. An economic sociologist by training, her areas of enduring academic interest include work, organisation and markets and how they work. She also has a keen interest in public policy in two key areas: education policy and related areas; and; the global Tropics, northern Australia and economic development.

Professor Harding is an experienced company director and has been a long-term Fellow of the Australian Institute of Company Directors. Her governance, senior executive and advisory roles span a wide range of sectors and undertakings in Australia and abroad, involving government and government agencies as well as private and not-for-profit organisations over many years. Over the past ten years, major capital developments have been a focus of her executive and governance oversight activity.

Joe Carey, a proud North Queensland local who was raised on the families rural cane farm in, Ingham. Completing a Bachelor of Commerce through James Cook University in 1989, Joe furthered studies in Law and Financial Planning over subsequent years. Joe’s passion for the region has continued by providing Accounting and Financial services for over 30 years within the family business, Carey Group, where he was appointed Chairman in 2021. Joe has been instrumental in the firms development over 70 years into a multi-disciplinary company, employing over 80 professionals, operating across 5 locations throughout Queensland - Townsville, Ingham, Cairns, Malanda, and Brisbane.

With a commitment to regional development, Joe has embraced the opportunity to serve the community through his Deputy Chairman of  Cowboys Leagues Club, Deputy Chairman of the Cowboys Football Club and Director of Townsville Enterprise. Joe is Chair of the Project Leadership Group that is responsible for advocating for nation building water infrastructure, Hells Gates Dam. Further, his family-owned properties have a focus on creating exciting developments whilst maintaining their significance in the history of the region.

Actively involved in the community through his business and raising his family in Townsville, Joe’s philosophy is that a strong region comes from a positive belief in the community and its people. With a strong belief businesses have an important role to play in investing within the community, resulting in stronger outcomes for the region.

Paul has held numerous Franchisee Leadership positions across the McDonald’s system. These include representing QLD on the National Marketing committee, National Sponsorship Committee, Australian Leadership Franchisee Group and Ronald McDonald House Charities (RMHC). His involvement in RMHC further extends to his Director role in Northern Australia, having served as a Director on the Board for the past 18 years for RMHC North Australia, including 10 years as Chairman. Paul currently holds Deputy Chairman position on the board.

Paul’s business, property and investments interests extend across the region. He has almost 20 years of diverse experience across multiple business disciplines and Is heavily involved in the community with which he operates in.

Peter Parr has had an extensive and successful NRL career dating back to 1995. After growing up in Newcastle, Peter first worked in the NRL with the Western Reds in Perth as Coaching and Development Manager and Reserve Grade Coach.

Following on from this he was appointed General Manager of the Western Australia Rugby League, before accepting a position as Coaching and Development Manager of the Brisbane Broncos. Peter worked with the Broncos from 1999 through to 2001, being involved in his first NRL premiership when the Broncos won the premiership in 2000.

In November 2001 Peter accepted a position with the Cowboys as GM of Football and remained with the Club until December 2020, including a term as CEO from late 2005-2010.

During his time at the Cowboys, Peter oversaw unprecedented growth in the club as well as on field success which included 10 finals series appearances, 3 Grand Finals, 1 premiership, a world club challenge title and 2 nines tournament victories. Overall, he has been involved in over 500 NRL games for the Broncos and Cowboys, resulting in 13 finals series and 4 Grand Finals, as well as being part of 50 derby games between the two clubs.

In 2018, Peter was appointed Football Manager of the NSW State of Origin team, being involved in two series victories. Throughout his time with the Cowboys, Peter has been heavily involved with its affiliated clubs and has spent times on the Boards of the Central Capras, Mackay Cutters and the Northern Pride. He has also been involved in several local community committees.

Peter brings with him to the Board a wealth of knowledge regarding the NRL that few others possess.

The Managing Director of Lancini Property and Development, Laurence Lancini is a licensed builder who commenced his construction business some 36 years ago. Laurence started as a bricklayer based in Townsville and progressed over the years to grow his business to a state-wide operation covering all facets of property development. Laurence has extensive direct experience in the property industry, having developed, built, owned and managed a wide cross-section of award-winning property types throughout Queensland, including residential, high rise, office, industrial, commercial, special purpose and retail/shopping centres.

Laurence is the Chair of the Cowboys Rugby League Football Limited. He is a former Director and Chair of the Cowboys Leagues Club, and a life member of both of those Clubs and Townsville Enterprise Limited. Laurence is the Immediate Past President of Queensland Division of the Property Council of Australia (PCA) and continues to contribute as a member to the Division Council. In the 2019 Australia Day Honours List, Laurence was awarded an Order of Australia Medal for his significant service to rugby league and the North Queensland community. 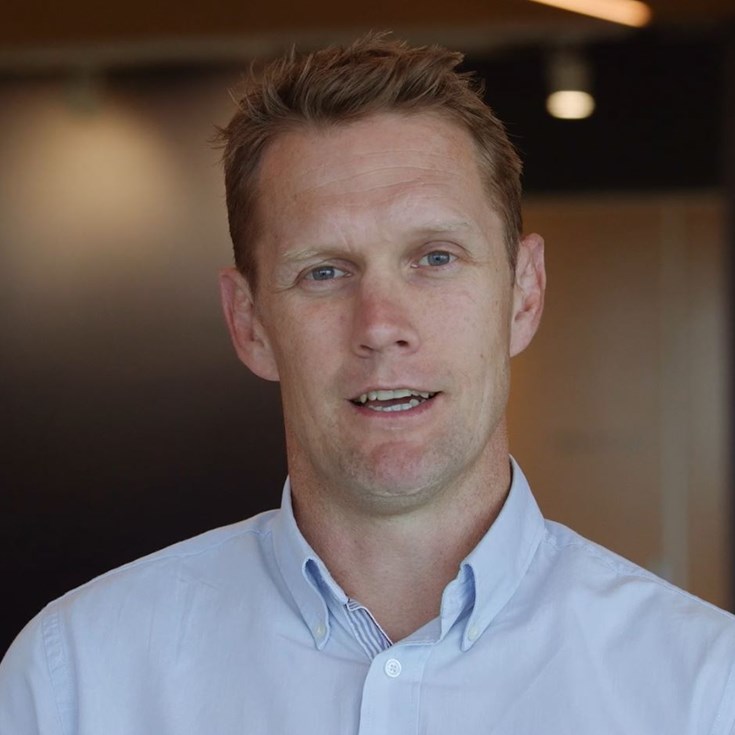