A 25,000-strong capacity crowd for the NRL All Stars clashes is the next target now Queensland's border reopening has eased several logistic headaches around the fixture.

Queensland Premier Annastacia Palaszczuk on Thursday announced plans to reopen the state to NSW from Monday, February 1, three weeks out from the season-opening All Stars men's and women's matches in Townsville.

NRL officials are now working through plans around the week leading into the February 20 match, including whether players are based in Townsville or prepare for the game in NSW before flying north.

Around 12,000 tickets, just under half of Queensland Country Bank Stadium's capacity, have been sold, with the further easing of COVID-19 restrictions only expected to boost attendance.

Cronulla star Andrew Fifita has joined Rabbitohs gun Latrell Mitchell in declaring his availability for the Indigenous All Stars, indicating he will be fit for the game after being forced to sit out last year's edition due to injury.

The best from both sides of the Tasman

One of Australia's few full-capacity sporting crowds of 2020 came at the SCG when almost 48,000 turned out for the Australia-India T20 clash in December.

While recent sporting events in Brisbane have led to reduced crowds after the outbreak of a new strain of coronavirus, far north Queensland did not fall under the increased restrictions.

A spokeswoman for Queensland Country Bank Stadium in Townsville confirmed 25,000 could be safely hosted for the first time since the venue was opened last March by a pre-COVID Cowboys-Broncos derby.

"Queensland Country Bank Stadium can host up to 25,000 for the upcoming NRL All Stars game on February 20," the spokeswoman said.

"Stadiums Queensland is currently permitted to host a full capacity crowd for events at the stadium, under a Queensland Health-approved COVID Safe site plan.

The easing of Queensland's border policy raises hopes that NRL clubs on both sides of the border will not require exemptions to travel interstate, as was the case in the restructured 2020 season.

In turn the game-day hit-and-run missions that at times amounted to 18 hours of travel are hoped to be consigned to last season, as the NRL works through how the latest policy shift affects operations.

Sharks captain and three-time Indigenous All Stars forward Wade Graham welcomed the positive news around the clash with their New Zealand Maori counterparts.

"Definitely there was a bit of a question mark over it, how it was going to run with the game in Townsville and the border restrictions," Graham said.

"Whether we could interact with the community, the level of engagement we could have - which is what the All Stars week is all about.

"It's about players getting out there and doing their best within the community and then a football game at the end of it.

"Things are looking OK at this stage, hopefully we'll keep trending in the right direction." 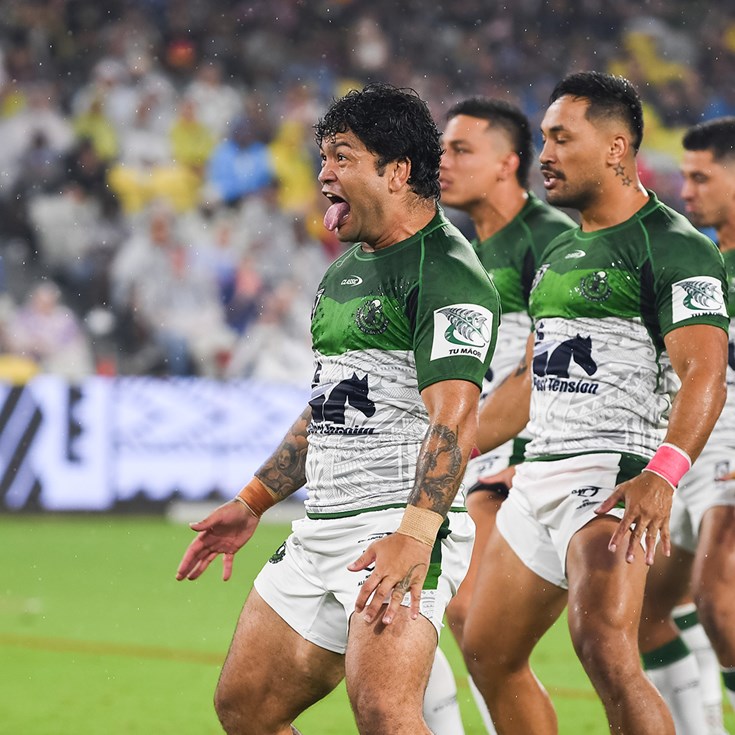 Cowboy leads All Stars voting at his position