Often the difference between winning and losing, goal-kickers need ice in their veins.

The best we've seen have relished the pressure and wowed us with skill and accuracy.

NRL.com chose 10 of the all-time finest goal-kickers and put the voting to the fans to crown the ultimate marksman.

And after more than 8000 votes, Bulldogs legend Hazem El Masri was the runaway winner with 46% of NRL fans choosing him as the best of all time.

Some tough decisions had to be made when coming up with the initial list of 10 nominees, with some notable omissions including Cameron Smith, Keith Barnes, Jarrod Croker, Nathan Cleary, Graham Eadie, James Maloney and Ross Conlon.

The eighth Immortal lived for the big moments. Thanks largely to his trusty right foot, "Joey" routinely smashed point-scoring records during his illustrious career for Newcastle, NSW and Australia. Johns, who had a premiership goal-kicking percentage of 74.25, once slotted 11 goals in a Test against South Africa.

El Masri holds the record for the most consecutive goals in the NRL era with his haul of 35 in the 2003 season. The Bulldogs winger also managed streaks of 31 and 29. "El Magic" nailed plenty of memorable conversions but his curling strike from the sideline to beat Newcastle after the siren in '02 stands among his greatest. El Masri bowed out of the NRL with a goal-kicking percentage of 81.97.

Canterbury's sharpshooter winger before El Masri, Halligan was the first man to reach 2000 premiership points. He revolutionised the goal-kicking craft by ditching a sand mound for a plastic tee. And who can forget his sideline conversion to send the 1998 prelim final against the Eels into extra time to inspire a famous Bulldogs win? A revered kicking coach, Halligan boasts a success rate of 79.31 percent.

The Eels great frequently topped point-scoring lists through his precise front-on kicking style. Considering he had to belt leather balls without a tee, Cronin's then-record of 26 consecutive goals in 1978 is all the more remarkable. He kicked the Eels to the 1986 title in his final game, landing two goals in a 4-2 result. Cronin banked 139 goals in 33 Tests, with a best of 10 in one game against Great Britain.

It can't have been easy to goal-kick back in Brown's day of the 1930s and '40s, but the Hall of Famer's record suggests otherwise. Known as the "Bradman of rugby league", Brown recorded 192 goals in his premiership career for Eastern Suburbs. He holds the record for most points on a Kangaroo tour with the 285 he registered in 1933-34.

Able to bend the ball at will, Thurston's trademark was starting the ball outside the right-hand upright and coiling it perfectly between the sticks. While his famous sideline attempt to win the 2015 grand final hit the post, Thurston drilled a clutch conversion to seal victory for Queensland in his last State of Origin in 2017. The Cowboys hero finished his career with 923 goals at a success rate of 79.5 per cent and is still Australia's top Test point-scorer.

He still has a fair few years to go in the NRL, but Rabbitohs halfback Reynolds has already cemented his legacy as a goal-kicking giant. The playmaker boasts a success rate of 82.26 per cent. He kicked at 90.09 per cent in 2013, landing an astounding 100 of 111 goal attempts. Reynolds has shown no signs of slowing down, knocking over five from five to open his 2020 account in round one.

The preeminent goal-kicker of his generation, Simms can still lay claim to a number of South Sydney records. The winger's 11 goals in a match – which he achieved twice – remains the most in the proud club's history. Simms accumulated 803 goals in his premiership career and also kicked with distinction for Australia, including eight conversions in his debut Test and six in his second.

So consistent was Ridge over his 10-year career for Manly and Auckland that he only kicked at a success rate below 75 per cent in one season – a respectable 71.43 per cent in 1993. His career percentage was 80.22. The fullback retired as New Zealand's greatest point-scorer – a mantle now held by Shaun Johnson – and raised the flags 580 times at premiership level.

Only Cameron Smith – who has played over 100 extra matches – has kicked more premiership goals than the 942 Taylor notched for Western Suburbs, North Sydney, the Northern Eagles and Parramatta. He once held the game's point-scoring record but now sits fifth on the list. The halfback ended his career with a kicking percentage of 75.24. 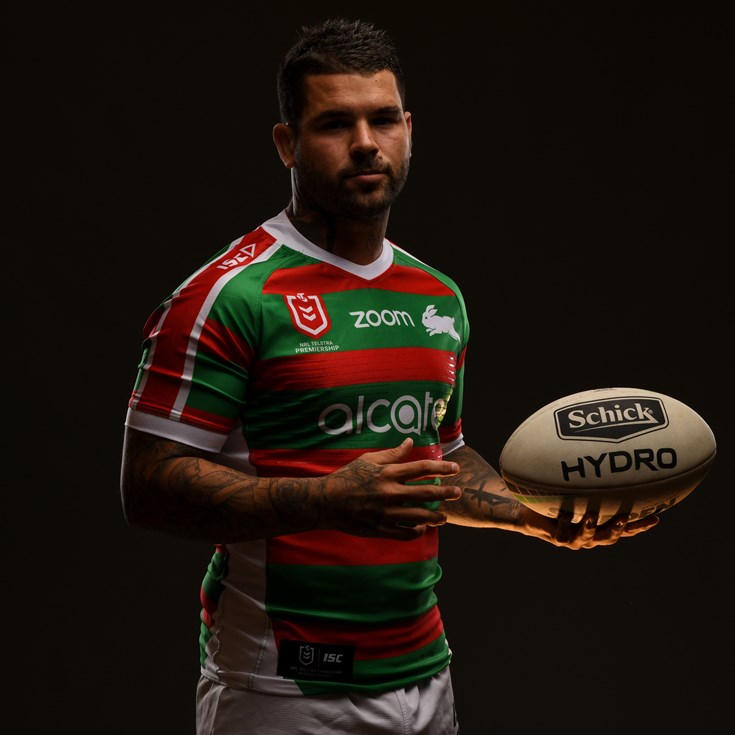 Presented By BMD 12 hours ago

Presented By BMD 13 hours ago