All 16 NRL clubs, earlier this week, named their NRL Nines squads to take part in the tournament which kicks off on Friday, with almost all of them featuring an abundance of talent who first shot to prominence in the Intrust Super Cup.

So much talent in fact, I thought it would be great to highlight some of the NRL fringe players who were part of the competition in 2019 and will be ones to watch when they are handed their opportunity.

NRL.com.au have already selected Sunshine Coast Falcons and Melbourne Storm ace Nicho Hynes and Brisbane Broncos and Tweed Seagulls wunderkind Xavier Coates as their rookies to watch in 2020 and both were named by their clubs for the Nines, with Coates a late withdrawal due to injury.

The Storm, North Queensland Cowboys, Broncos and Gold Coast Titans have named squads rich with familiar faces, safe in the knowledge their players have the skills to showcase the best of what their clubs can offer.

The South Sydney Rabbitohs and Newcastle Knights have both named three players in their squads who starred in the competition last season.

Other players who have signed deals in the off-season are set to make their first appearances for their new clubs including Billy Walters with the Wests Tigers, Tyson Smoothy for the Penrith Panthers and Jamayne Taunoa-Brown with the New Zealand Warriors.

Rising star Hamiso Tabuai-Fidow, who shared the Auswide Bank Mal Meninga Cup Player of the Year award for his performances with Townsville Blackhawks, features for the Cowboys and is yet to make his Cup debut, as is Brendan Piakura from the Broncos, who was part of the Tweed Seagulls side that won the Under 18 national championship last year.

Storm and Falcons youngster Trent Loiero only featured in one game in 2019, but is destined to play more.

PNG Kumuls excitement machine Edwin Ipape is a story in himself and has gone straight from Wynnum Manly’s In Safe Hands BRL A Grade side to an NRL Nines squad after signing a train-and-trial contract with Manly Warringah Sea Eagles last November.

Notable young guns, who spent key development years in the QRL’s statewide competitions, have also been included in the squads.

McKenzie Baker (Roosters) played in the Auswide Bank Mal Meninga Cup with the Blackhawks and Bailey Biondi-Odo (Bulldogs) also played in the under 18 competition for Northern Pride.

There is also Sharks forward Toby Rudolf, who won the NRL State Championship with the Newtown Jets last season and was the player of the match for the Redcliffe Dolphins in their grand final win 2018.

Below is a squad of players to watch from across all of the NRL teams who played in the Intrust Super Cup last season. 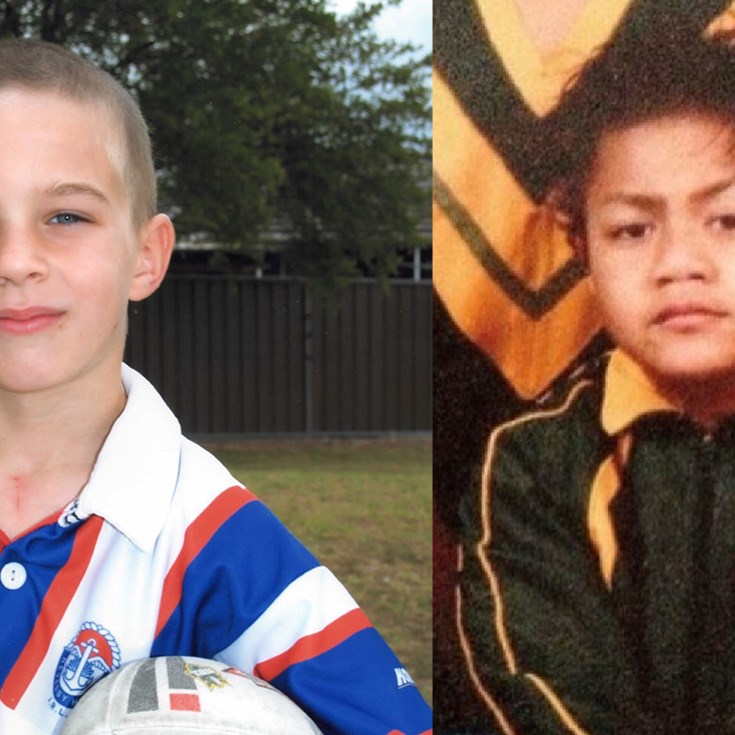 Cowboys duo contenders for Q-Cup Team of the Year

Three Cowboys named in QRL team of the week