The North Queensland Toyota Cowboys will take on the Broncos in a trial game at Barlow Park, giving supporters a taste of the NRL season.

It's the club's 17th game to take place in the tropical city in 19 years and builds on the connection the Cowboys have with their supporters in the far north.

The selected team, expected to include the next crop of upcoming Cowboys, will meet with members and fans for a signing session at Pacific Toyota on Thursday and their training session will be open to the public on Friday.

The Cowboys' two feeder teams, the Cairns Pride and Townsville Blackhawks, will play a curtain raiser game at 4.30pm before the main game kicks off at 7pm on Saturday.

The Cowboys Merch Van will also be doing the rounds in the region, starting in Ingham on Thursday and stopping off in Tully, Innisfail, Mareeba and Atherton before parking outside the stadium on game day.

Collect your team poster and get it signed when the team are at Pacific Toyota from 4.30pm - 5.15pm on Thursday 20 February.

Catch your first glimpse of the boys in action at Barlow Park from 4pm - 5.30pm on Friday 21 February. The first 100 Cowboys members will receive a pack when they show proof of membership upon entrance at the Cowboys Merch Van.

Gates open to the pre-season trial game taking place at Barlow Park at 4pm on Saturday 22 February. The curtain-raiser to the main game will be Queensland Cup teams Townsville Blackhawks and Cairns Pride battling it out. The Cowboys will kick off against the Broncos at 7pm.

Visit the Cowboys Team Shop merch van from 3pm at Barlow Park, where they will be located outside Gate 1, Scott Street Entrance. 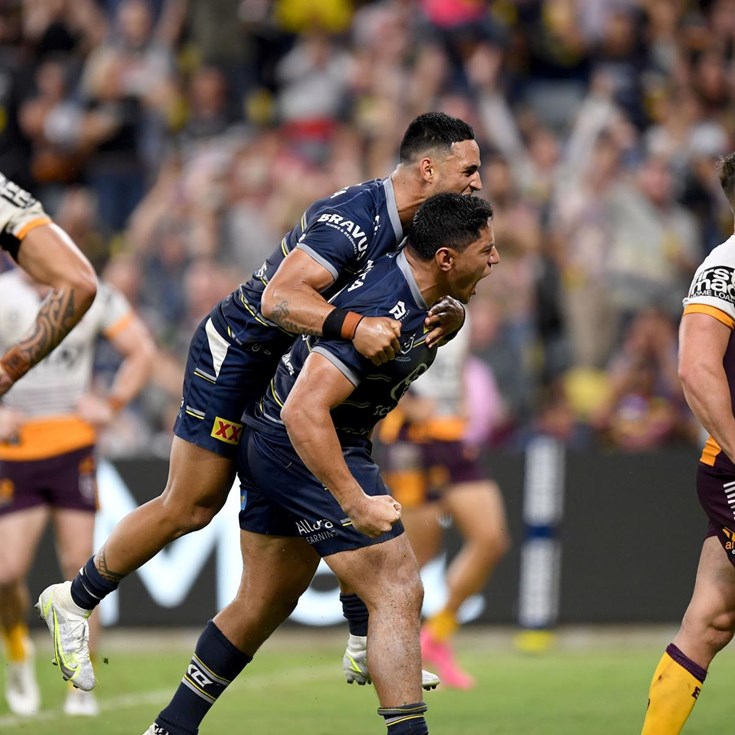