The North Queensland Toyota Gold Stars are the region’s first women’s team to enter the QRL’s new state competition and will embark on their inaugural season when it kicks off in March.

Their formation was announced late last year and their identity, found in the uniquely designed logo, tailored colours and proud partner emblems embedded in their uniform, was revealed today.

Facilitated by the North Queensland Toyota Cowboys, the Gold Stars is a united effort of the club’s feeder teams, the Northern Pride, Townsville Blackhawks and Mackay Cutters.

They have the backing of businesses who are excited to partner with the Gold Stars to nurture the talent birthed in the northern region.

Cowboys’ supporters will recognise the Toyota emblem on the jersey’s chest and back, a staple feature of the NRL squad’s uniform.

Other features of the jersey are the Cowboys Community Foundation on the sleeve, and three feeder club logos on the lower back.

The three regions are again united on the playing shorts, with Townsville, Cairns and Mackay Councils showing their support of women’s participation and regional representation.

Cowboys general manager commercial Ross Aldridge said that the formation of the region’s first women’s squad is a product of teamwork.

“Without our feeder clubs, partners and supporters this team wouldn’t be possible,” Mr Aldridge said.

It’s giving the talent in our region the opportunity to play at home, to represent the places they grew up, and to follow an elite pathway in rugby league.”

It levels the playing field for regional Queensland players, which is something our partners are well and truly behind.”

Toyota chief marketing officer Wayne Gabriel said their support of the Gold Stars was founded in a passion for regional Queensland.

“Toyota Australia and our North Queensland dealers are incredibly proud to begin this partnership with the Gold Stars,” Mr Gabriel said.

We’ve had a strong relationship with the North Queensland Cowboys for 17 years, and now look forward to supporting the Gold Stars as they forge a new path in the women’s rugby league.”

“Toyota have been a centre feature of the Cowboys since 2003, and without them this wouldn’t be possible,” Mr Aldridge said.

“Given our purpose to support young Queenslanders, the Gold Stars is a perfect fit for us and we’re delighted to be part of the North Queensland Gold Stars’ inaugural year,” Ms Pelling said.

Fans and members now have another North Queensland team to support, recognisable in the name and the symmetry of the uniform.

The Gold Stars have their own colour palette, a proud echo of the Cowboys’ yellow, blue and grey.

The logo is modern and dynamic, a strong and bold banner emulating the squad that will form behind it.

Three stars sit at the centre of a larger star, representing the three feeder clubs that will produce talent for the QRLW squad. 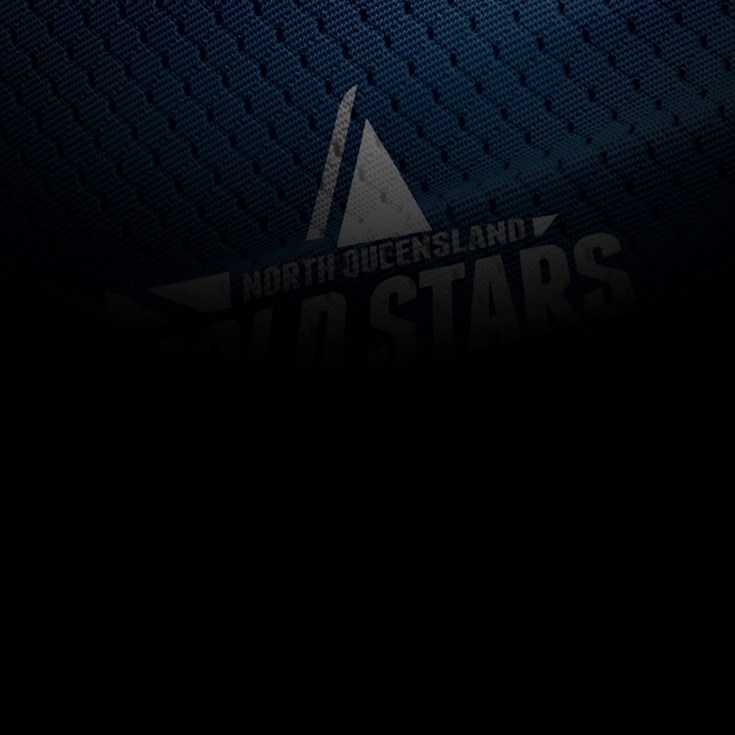 Oh What a Feeling: Holmes delivers Drinkwater his second

Slow start cost us in the end: Holmes

Gilbert: I thought we showed some heart