Far North Queensland will play host to a pre-season blockbuster in 2020 following the announcement that the North Queensland Toyota Cowboys will take on the Brisbane Broncos in Cairns for the first time on Saturday, February 22.

“It’s fantastic to be able to come back to Cairns,” Reibel said.

“We have played 16 games in Cairns in the last 18 years and to add to this tally with such a quality game early in the season is really exciting.

“We have our feeder club up here in the Northern Pride, so to be able to continue to connect and engage with the Cairns and Far North Queensland communities is fantastic.”

With the likes of Ash Graham, Scott Bolton, Jake Clifford and Pride head coach Ty Williams all first making their way through the Cairns District Rugby League system, there is no doubting the importance of the region to the Cowboys.

“It’s important for us to be able to ensure that young North Queensland talent stay at home throughout their development and bring them into first grade via the Cowboys system at the right time,” Reibel said.

“When you look at the Northern Pride, having a Cowboys Old Boy and Innisfail junior in Ty Williams as their head coach, it really shows that they are invested in their local community as well.”

Reibel said the trial will allow fans a first glimpse of the next crop of Cowboys coming through the club.

“Members and fans will have the opportunity to see some fantastic young talent in action and some players make their first appearance in Cowboys colours, while others will be looking to cement their spot in our first-grade squad,” he said.

The Cowboys will also hold a signing session and an open training session while in Cairns.

A Distant Star membership will be on sale soon, which will include tickets to the trial game as well as a membership pack. 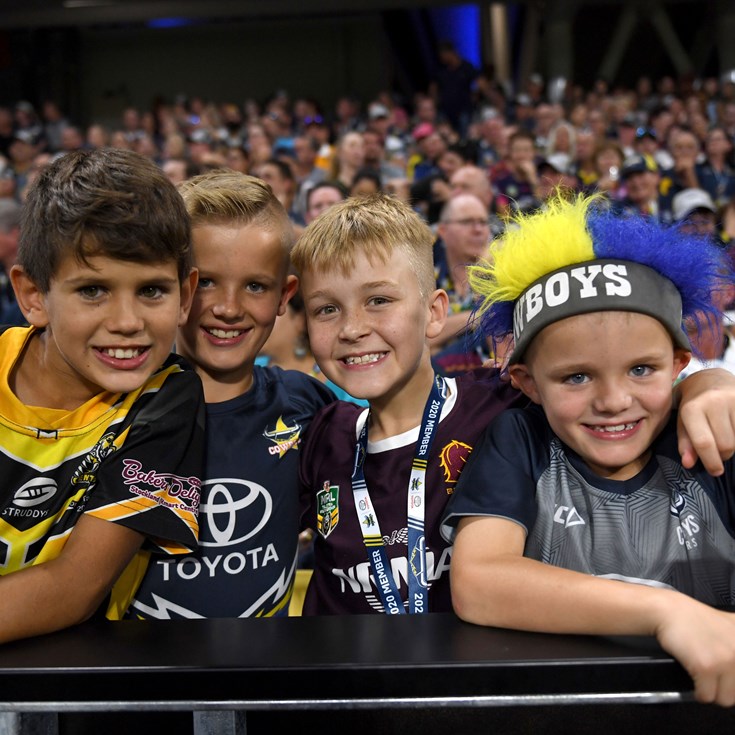