Fringing and chaps is where this story of evolution starts, in 1995.

The scene is set in former stables, turned gym, and on a trotting track turned rugby league green.

It’s where the North Queensland Cowgirls cheersquad, as they were then called, trained at the stadium three nights a week, for three hours at a time.

Back then, players sometimes doubled as groundskeepers and some mischief prompted sprinklers to turn on midway through a dance routine.

Sally Treveton was one of more than 30 women who formed the inaugural cheer squad.

“I remember we would dance on the field for the main routine every game, the poms were big, the uniforms were adorned with fringing and on some occasions the cheerleaders wore chaps,” Sally said.

She recalls the Cowboys maiden appearance at their very first game on March 11 in 1995.

“The crowd was packed onto the hills and they were loud! The atmosphere was amazing. I remember taking to the field to perform routines and we could hardly hear the music due to the roar of the crowd.”

It’s a moment that was enshrined in celebrations on Thursday 29 August, when the North Queensland Toyota Cowboys played their final 'Memories and Milestones' game at 1300SMILES Stadium.

The uniform is a 1995 replica created by dressmaker Pauline who was also behind the original uniform.

“I started working on the first costume back in mid-1994. Cowboys, Lyn Parker and I had big criteria to meet; the Cowboys wanted something that would promote the girls as talented, fit, healthy, athletic, dancers,” Pauline said.

Sally contacted Pauline earlier this year to see if she could make the uniforms again.

“When I got the call to do the costumes again, I was really excited, but there was a down side; I had come across the patterns, in my flood clean-up, only a few weeks before I was approached.”

As it turned out Pauline had decided, after 24 years, to get rid of her patterns only three weeks before Sally touched base.

“I really could not believe it when Sally contacted me only 3 weeks later. But I did really enjoy making them.”

She was there to see the replica uniforms on display in August; “it brought back so many memories of the early days.”

“It was funny, I was telling the girls how the original squad’s dressing room was a former horse stable with a blue metal stone floor, and they thought I was kidding.”

Sally has been involved with the cheerleading group since its inception and she now manages the Cowboys Spirit and Cowboys Pep Squad.

She explains the essence of being a squad member.

“I have always had a strong emphasis on attracting dancers to the squad who are true North Queensland Toyota Cowboy fans,” she said.

“From the get-go it is important that team members understand why they are participating on the team and how the squad fits within the Cowboys community.”

“The Spirit squad is a strong, collaborative team with many lifelong friendships being formed as a result.”

It's a lasting legacy that has been created for North Queensland, with a team who are as strongly unique to the region as the rugby league team they support.

“Within our coaching team I have so many of my past cheerleaders who are still involved. Once you are a member of the Spirit squad, it is for life,” Sally said. 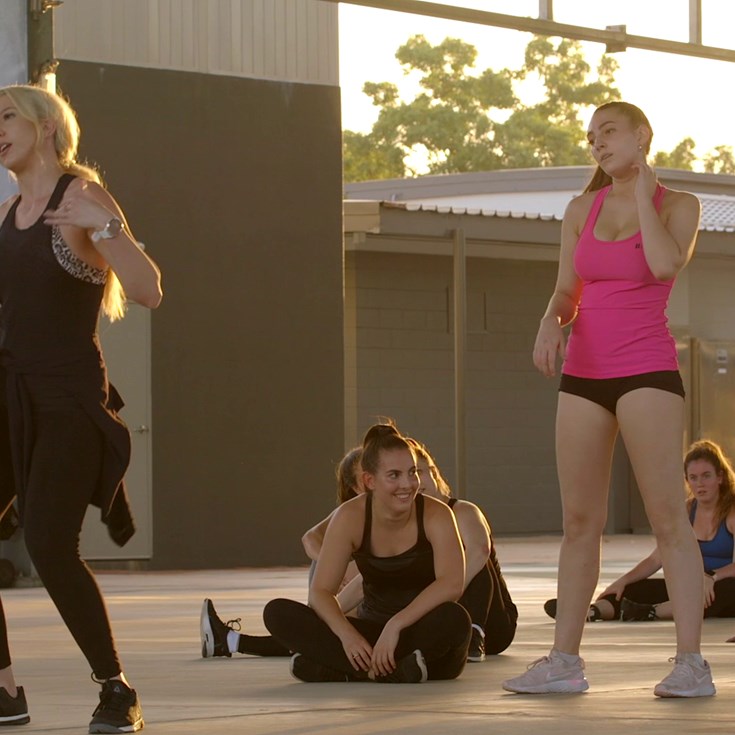 Spirit gearing up for the 2019 season