We take a look at some of the key stats from the North Queensland Toyota Cowboys 24-10 win over the Penrith Panthers at 1300SMILES Stadium on Friday night.

The number of tackle breaks winger Kyle Feldt made - a new career-high. The 27-year-old also threw in 2 tries, 201 running metres and two line-breaks for good measure.

With a 152 metre performance against Penrith, lock Jason Taumalolo chalked up a remarkable 13th match this season in which he has run for at least 150 metres - all in just 16 games. Tauamalolo also scored a try and made 36 tackles at 100% effectiveness in the 14-point win.

Prop Francis Molo ran for a career-high 134 metres in just 35 minutes off the bench. It is the third straight week Molo has run for triple figures.

The number of try assists centre Tom Opacic had. The 24-year-old linked with Feldt twice, before running for 85 metres and making six tackle breaks of his own.

The Cowboys completion percentage. Despite having only 46% of possession, North Queensland completed seven more sets than the visitors. 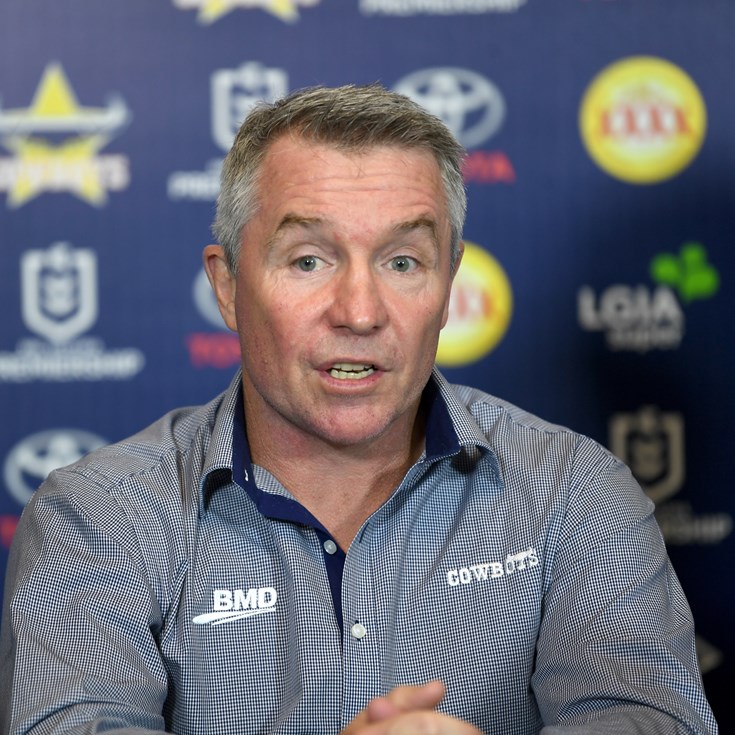 It shows how much it means to the players: Green