The North Queensland Toyota Cowboys host the Penrith Panthers in the final ever Friday night game at 1300SMILES Stadium.

Retiring Cowboys legend Matt Scott remains in hospital in Brisbane and will not play against the Panthers. Close mate and long-time teammate Scott Bolton will replace ‘Thumper’ in the starting side, partnering Jordan McLean in the front row. John Asiata has again been named at lock with Jason Taumalolo recovering from a foot injury.

After overcoming another injury scare, Jordan Kahu will return to his favoured centre spot for the Panthers clash. Kahu played on the wing in his return from injury last weekend and it appeared he may have been headed for another stint on the sidelines after a head clash, but fortunately for the 28-year-old and the Cowboys, scans cleared him of another facial fracture.

Young guns Reuben Cotter and Peter Hola have retained their spots in Paul Green’s side after impressive performances against Newcastle last weekend. Hola ran for 61 metres from six carries and chipped in 18 tackles in just 27 minutes. Cotter was extremely busy in defence upon being called upon by Green for the final 22 minutes of the game, registering 20 tackles without a miss.

The Cowboys have had a golden run over the Panthers in recent seasons. North Queensland have won eight of the last 11 encounters stretching back to 2011, including a 26-20 triumph the last time the two sides met in Round 9 last season. 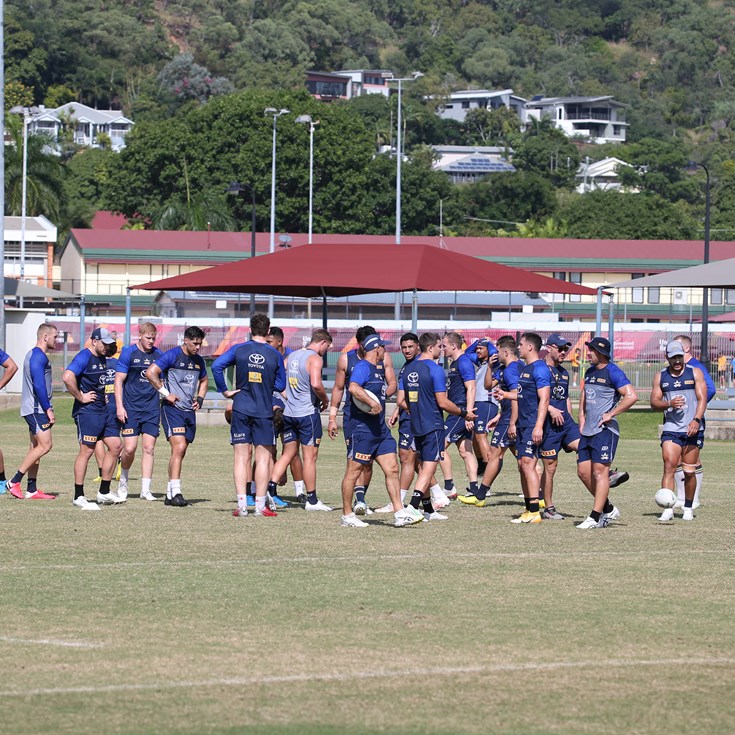