Seven North Queensland Toyota Cowboys contracted youngsters will line-up in a star-studded Queensland under 20s side on Wednesday night.

The young Maroons will battle the NSW under 20s in a curtain raiser to the State of Origin decider between Kevin Walters’ Queensland side and Brad Fittler’s Blues outfit.

Promising lock Tom Gilbert has been named vice-captain of the Maroons after a sensational start to the season for Cowboys feeder club Townsville Blackhawks in the Queensland Cup.

A member of the Cowboys’ development squad, which means he is eligible to play in the NRL post June 30, Gilbert has run for the sixth most metres in the Queensland Cup this season with 2168 across 15 games for the Blackhawks.

Centre Murray Taulagi has battled injury throughout much of the 2019 season after picking up a knee issue in the Cowboys NRL trial against the Titans in February.

The 20-year-old is part of the Cowboys top squad and is closing in on an NRL debut after being named in Paul Green’s 21-man squad for Sunday’s clash with the Roosters.

Winger Elijah Anderson has also enjoyed a strong debut season in the Queensland Cup. Signed with the Cowboys on a junior contract, Anderson has remained at home in Rockhampton this season playing for the CQ Capras.

Anderson has been a shining light during a tough season for the Capras, scoring four tries and averaging 70 running metres a game.

A Rockhampton product, Condon is averaging just shy of 100 running metres and four tackle breaks a game in the Hastings Deering Colts competition this season.

Bayliss-Brow is also a member of the Cowboys development squad and has split time between the Queensland Cup and under 20s for the Cutters.

A Proserpine Brahmans junior, Barrett has been a standout for the Blackhawks in the Hastings Deering Colts averaging 90 running metres, three tackle breaks and 20 tackles a game.

Mackay Cutters rising star Garrett Smith has also been drafted in the Queensland squad as 18th man. A hard-running front rower, Smith has run for in excess of 200 metres on three separate occasions in 2019, including a monster 233-metre effort in Round 2.

Fans will be able to stream the match live on QRL.com from 5:15pm. 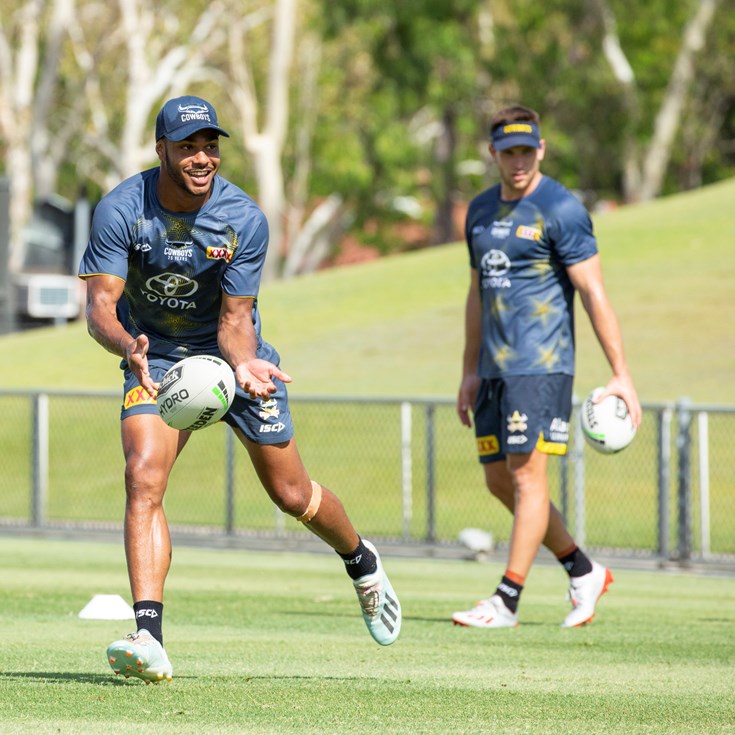