The creativity and game sense that comes from having four club halfbacks on the field is an edge centre Michael Morgan believes Queensland can utilise to great effect against NSW on Sunday.

Both Morgan and hooker Ben Hunt play in the halves for their club sides and in tandem with Cameron Munster and Daly Cherry-Evans give the Maroons plenty of options and strike potential in attack.

Hunt showed how vital that playmaking edge can be in Game Three last year where he came off the bench at dummy half and also worked in tandem with Cherry-Evans as an extra half on occasions to inspire an 18-12 victory.

Throw in fullback Kalyn Ponga. who started at five-eighth early this season for Newcastle. and bench utility Moses Mbye, who has also played in the halves at NRL level, and the Maroons believe they have the game smarts in a variety of positions to come up with the big plays when it counts.

"There are four halfbacks from club footy in the starting team. That helps with understanding our game plan and means there hopefully not as much responsibility on our halves to talk and organise our sets," Morgan told NRL.com.

"The more we can help each other and communicate the easier it is for everyone in the team to be on the same page.

"With four halves it gives us the option of using the footy more and it worked for us in Brisbane at times, so hopefully we can do that here in Perth.

"There are guys in this team who can create things out of nowhere and the more I can play off them the better. It is similar to when I play at fullback where I hang around the halves more and look for opportunities around them."

Morgan had limited opportunities in attack in the 18-14 win at Suncorp Stadium but said he was keen to up the ante in that regard and feed off the creativity of Munster and Ponga on his side of the field.

"Cameron is a very off-the-cuff type of player which suits me. I am OK with that because you always have to be expecting something, and that is what you want," Morgan said.

"It is good to have him there inside me and obviously Kalyn coming around on that left side as well. They will create plenty of opportunities and the more I can help them both the better.

"There were times that we were clunky in Game One. There were some disallowed tries and the ball hit the ground several times. that may get glossed over at times because we won, but internally we know there is plenty of improvement left in us. If you think you are perfect you are wrong."

Morgan debuted for the Maroons in 2015 when recently retired greats Greg Inglis, Cameron Smith, Billy Slater, Johnathan Thurston and Cooper Cronk were still mainstays of the side.

He said the new look Maroons had drawn inspiration from the passion of coach Kevin Walters to continue Queensland’s dominance well into the future despite those legends sailing off into the sunset.

"Kevvie shows how passionate he is about the jersey and it does feed off to the players and you don’t want to let him down, your teammates or Queensland,” Morgan said.

“It is a much different team to what it was five years ago, or even three years ago. This day was going to come and Kevvie has spoken about wanting the job initially because he knew the great players would be moving on and he would bring in a new group.

"I was lucky enough to play with those greats when I first came into the side but new people take over and it is still a fun and enjoyable environment. It is much more enjoyable when you are winning." 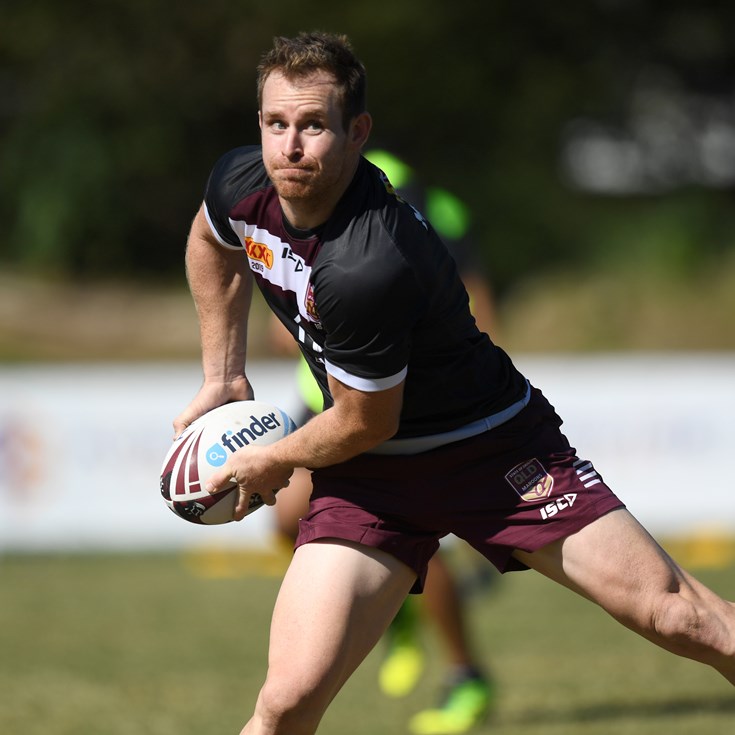 Morgan: If I had the opportunity to one day, then I'd like to