Maroons forward Josh McGuire will rumble with the Blues on Suncorp Stadium on Wednesday night with his path lit by his favourite Origin player of all time, Nate Myles.

When McGuire won the prestigious Ron McAuliffe Medal at the end of the 2017 State of Origin series he joined a pantheon of Queensland greats judged the best Maroon in a series.

NRL.com went through the list with McGuire of the medal winners, including forwards two-time recipients Bob Lindner and Petero Civoniceva, and Shane Webcke.

It was when another dual winner of the award was mentioned that McGuire's eyes lit up.

"I loved Nate. He is my favourite Origin player of all time,” McGuire said of the 32-game Queensland stalwart.

"He just led by example with everything he did. I was fortunate enough to come into this team and learn under him and learn the trade of playing Origin under a guy I consider one of the greatest Origin forwards ever.

"I think about what he did for me off the field and around camp. He always looked after me. He was just a great man. There are guys who you love playing with and he was one of them.

"If I can be known as a team member who did everything he could for his teammates and people enjoyed playing with like Nate was, then I will retire a happy man. Some guys are built for Origin and Nate definitely was."

The 29-year-old Cowboys veteran's passion for the Maroons is highlighted by his pride at winning the Ron McAuliffe Medal. From 1992 until 2003 it was named in honour of Wally Lewis.

Thereafter the Wally Lewis Medal Medal was given to the best player of the series from both teams so the Queenslanders instituted a new medal named after the late Senator McAuliffe who was also a legendary boss of the QRL.

"I was pretty blown away when I got it,” McGuire said.

"I was presented with the award after our World Cup win in 2017 on Moreton Island at a special team function with all our wives and kids. The QRL and Maroons had looked after us so well and we were having our Christmas shindig away.

"Just to be in that company of greats was something very special. It was that series where Johnno [Johnathan Thurston] came back to win game two for us, and then we went on to win the series."

McGuire, who has played 11 Origin games for Queensland since 2015, came into this year's camp off the back of a torn left calf suffered against the Titans in round 12.

He hasn’t played since June 2 and his training loads have been modified throughout camp.

When McGuire came off the field against the Gold Coast he was filthy, and with good reason.

"I was pretty annoyed. I couldn’t play for the Cowboys and I know what an important time of the year it is and to come into these camps in good shape, and I thought I’d put that at risk,” he said.

"The stars have since aligned and I am sweet to go."

McGuire had ice on his right calf when he spoke to NRL.com but said there was no issue with it.

"My right one has been tight since I tore my Achilles in 2015 so I just look after it," he said.

McGuire told NRL.com at the start of the season he was determined to "reset" and fire for the Cowboys after getting a release to leave the Broncos.

On the field he has been one of North Queensland's best and has relished life in Townsville off the field.

"It has been a change of scene. I really love Townsville and the lifestyle up there and my footy. They are a fantastic bunch of guys. I stay active every week and do a lot of fishing and hunting," he said.

"I love hunting boar … big pigs. Jordan McLean has just started an Instagram page called ‘off field adventures’ about all us boys when we go hunting, fishing or crabbing.

"Scott Bolton is the king hunter and fisherman up there at the moment but a lot of the boys are after his mantle."

McGuire, who will line up at lock on Wednesday night, said the new faces in the Maroons camp had added enthusiasm and energy.

"David Fifita is a special kid who grew up playing with my little brother in the Mal Meninga Cup. Joe Ofahengaue deserves his jersey and was probably unlucky not to be in the team last year so I am super excited for him," McGuire said.

"I am very pumped. It is just a great Queensland team with a lot of hard workers. Everyone here is super excited and passionate." 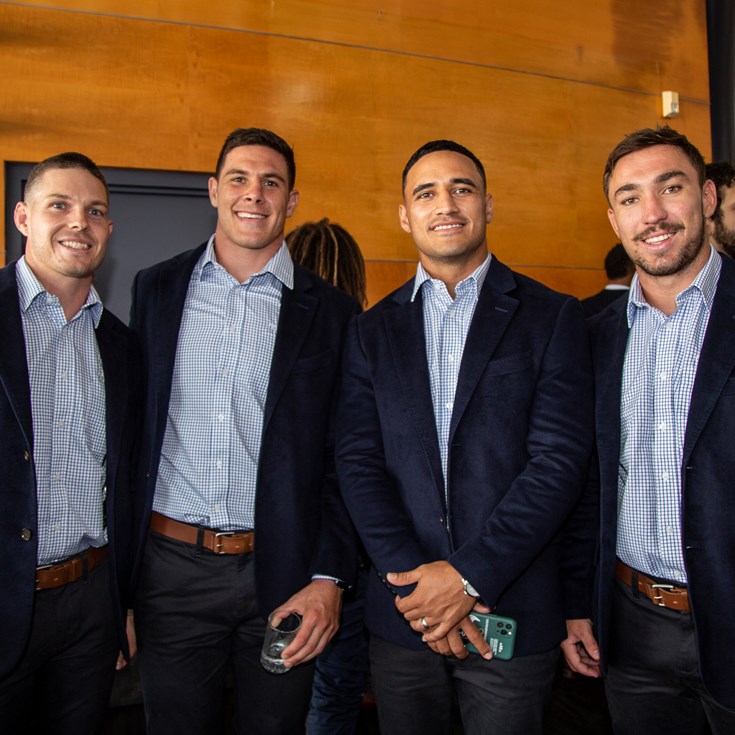 McGuire: We have no excuses

'This is what you work for' - Josh McGuire