Fielding an under-strength team is the least of your concerns when you see a teammate rushed to hospital in an ambulance.

After racking up back-to-back wins with a much-improved performance against the Raiders in Canberra on Saturday, the team paid a heavy price with centre Justin O'Neill rushed to hospital on Sunday morning. He had suffered spleen damage during the match.

Cowboys utility John Asiata said the concern was for his well-being more so than the veteran centre adding to an already bulging long-term injury list featuring the likes of Te Maire Martin, Nene Macdonald and Ben Hampton.

"It's not a good sign when you wake up in the morning and there's something wrong with your teammate," he said.

"Being in the room before the ambos got there was heartbreaking, seeing him struggling in bed.

"We're praying for him and hopefully all the surgery went well and we can see him back soon."

North Queensland head into Sunday's clash on the Gold Coast against the Titans also missing Michael Morgan and Josh McGuire due to their selection in Queensland's team for the State of Origin series opener.

"It'll be a little bit different without Morgo [Morgan] and Moose [McGuire] with their selections, but we're confident whoever's going to be told to fill in those gaps they're going to do the job," Asiata said.

"We knew that this time was going to come, I'm sure a lot of the boys have been preparing well for the opportunity if they get it."

The absence of Morgan in the halves means Asiata has the chance to take on a leadership role.

"Yeah, I think in the last four weeks working with Morgo I've built a pretty good combination with him and know what our job is within the team," Asiata said.

"Not having him [Morgan] there, it's going to give someone else the chance to step up and whoever it is, I know that we're going to make sure that we know what we have to do as a team and what our little jobs are individually."

"He's been put back to [Intrust Super Cup] Q Cup to work on a few things. I've been talking to Jake throughout the past couple of weeks about being able to back himself and do what he does best and I'm sure if he gets that call-up, he's going to do that job," Asiata added.

Coen Hess and Gavin Cooper missed out on Maroons jerseys for the series opener, news that will help the cause of their club side.

“It's good for us to have them around the club and especially at this time. I think this is the least amount of players we've lost the last couple of years."

Asiata was speaking after visiting The Cathedral School in Townsville as part of the Cowboys' Adopt a School community program, interacting with students inside and outside the classroom.

The Cowboys said on Monday that Hess should be fit to play this weekend after sitting out of the win over Canberra with a groin injury. 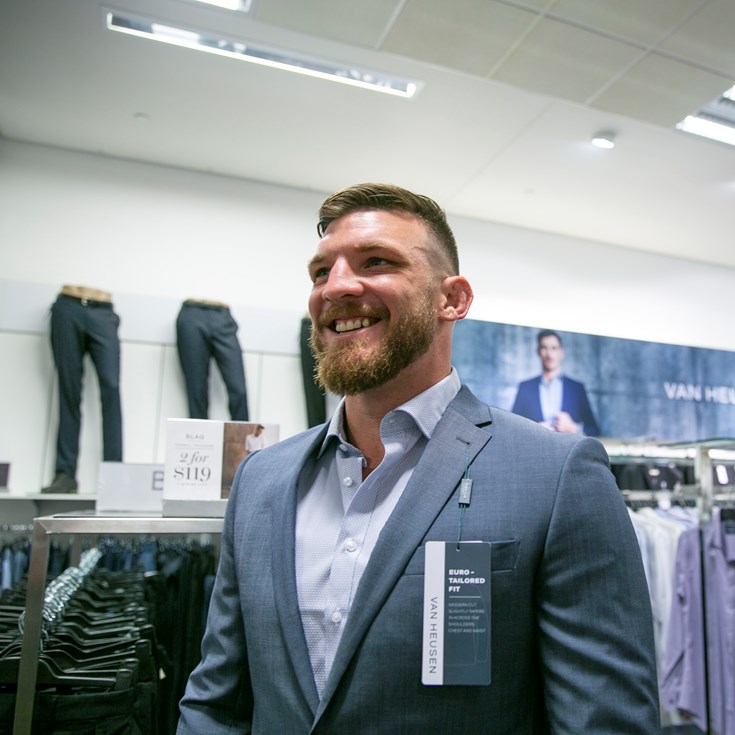