The Cowboys’ marquee recruit has turned in three standout performances to start the season for his new club, the latest of which earned him man of the match honours at post-match presentations at Cowboys Leagues Club.

McGuire ran for a team-high 195 metres from 24 carries and chipped in 24 tackles in the Cowboys’ Round 3 loss to the Sharks at 1300SMILES Stadium on Saturday night.

“We had a couple of really good performances, particularly in the forwards, but we gave the man of the match to a guy who is new to the club and he’s been strong in all three games so far. His work-rate against the Sharks was really strong and he looked dangerous every time he touched the ball and that was Josh McGuire,” Cowboys head coach Paul Green said.

McGuire was hesitant to discuss his individual performance upon receiving the award, instead wanted to reassure Cowboys fans the playing group would leave no stone unturned as they attempt to fight their way out of a rough patch of form.

“I’m really enjoying North Queensland. The fans up here are so passionate, which really makes you appreciate the support,” he said.

“The result [against the Sharks] obviously wasn’t how we wanted it to go down, but I know our fans will stick with us and I can promise we’ll be better next week. We’ll move on quickly and the onus is on us as a playing group and us as a leadership group to really step up and make sure the results start matching up with the standards we expect to live up to when wearing a Cowboys jersey.” 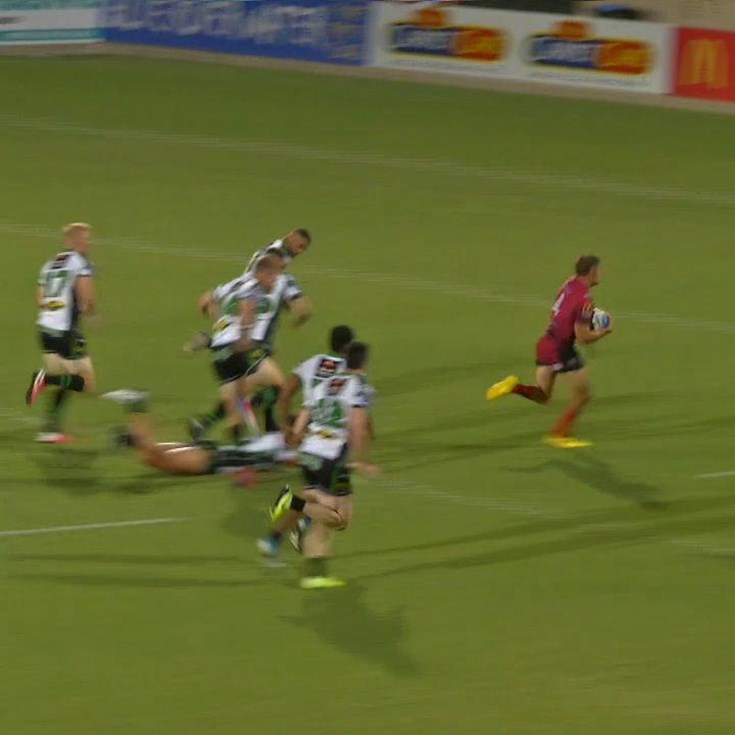