The North Queensland Toyota Cowboys travel to Brisbane to take on the Broncos in the latest edition of the XXXX Derby at Suncorp Stadium on Friday night.

The XXXX Derby has become arguably modern rugby league’s greatest rivalry. Eight of the last 10 showdowns between the Cowboys and Broncos have been decided by six points or less and in four of those clashes, only one point has separated the two sides. The Cowboys are the current holders of the XXXX Derby trophy courtesy of their thrilling 34-30 victory in Round 22 last season and will be desperate to bring the trophy back to North Queensland.

2. RETURNING TO THE CAULDRON

Three of the newest Cowboys will return to Suncorp Stadium for the first time since making the move north in the off-season. Josh McGuire, Jordan Kahu and Tom Opacic had all played their entire careers for the Broncos prior to joining the Cowboys. Kahu and Opacic will play fullback and centre respectively, while McGuire has again been named on the interchange, but was a late inclusion to the starting side in the Round 1 victory over St George Illawarra.

If the 17 stays as named by Paul Green on Tuesday it will be the first time the Cowboys have entered a game with the same 17-man unit in back to back games since Rounds 20 and 21 last season. Green made just one change to his 21-man squad for Round 2, but it came on the four-man reserves list, with prop Corey Jensen replacing Gideon Gela-Mosby.

Gavin Cooper may have had one try-scoring streak broken in Round 1, but the Cowboys second-rower will look to keep another going on Friday. Cooper has scored in three consecutive games against the Broncos, a streak which stretches back to Round 26 of the 2017 season and the Cowboys veteran will look to make it four on the trot against the arch-enemy. Cooper’s nine tries in 29 meetings against Brisbane is tied with his total against Cronulla as his most against any side.

The Cowboys trip to Brisbane is the club’s only clash away from home in the first five rounds of the season. Including their season-opening victory over St George Illawarra, Paul Green’s side play four out of their first five games of the season at 1300SMILES Stadium. After the Brisbane showdown, the Cowboys return to North Queensland for three consecutive home games against Cronulla, Canberra and Melbourne. 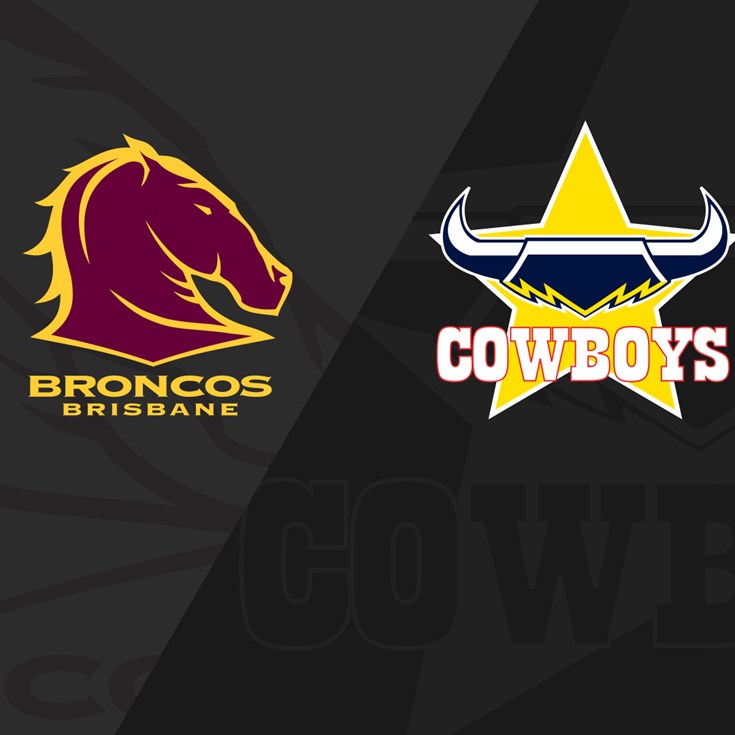 Green: Physically we just weren't in the contest