The Kangaroos will play Mate Ma'a Tonga in a triple-header at Auckland's iconic Eden Park as part of the inaugural RLIF Oceania Cup to run side by side with the first tour by the Wayne Bennett-coached Great Britain Lions since 2006.

The schedule for the RLIF Oceania Cup and first 12 months of a rolling international calendar were announced in Auckland on Tuesday, with New Zealand to host end-of-season Tests featuring Australia, Tonga, Fiji, Samoa and Papua New Guinea, as well as the Lions.

The Oceania Cup, which ensures regular and meaningful Tests for the Pacific nations, will be played in two pools and commences on June 22 with the Kiwis taking on Tonga at Mt Smart Stadium and Samoa to meet Papua New Guinea in Sydney.

The winner of Pool B will be promoted to Pool A in 2020 in place of Australia, who are due to travel to Europe for their first Kangaroos tour since 2003.

Australia's opening match of the Oceania Cup will be against New Zealand at WIN Stadium, Wollongong on October 25 and the Kangaroos will then travel to Auckland to meet Tonga at Eden Park on November 2.

The Test will be part of a triple-header featuring the Kiwis against the Lions and an Ocean Cup Pool B match between Samoa and Fiji.

The Lions commence their southern hemisphere tour on October 26 with a Test against Tonga in Hamilton – the scene of Tonga's epic 2017 World Cup defeat of New Zealand that launched the Pacific nation into the top tier of the international game.

The Kiwis will also host two Tests against Great Britain – the first at Eden Park and the second in Christchurch, which will also feature the final Oceania Cup fixture between Fiji and Papua New Guinea.

The Kumuls then return home to play Great Britain in the final Test of the Lions tour at Port Moresby on November 16.

The international schedule also includes women's Tests, with the Kiwi Ferns to host an unconfirmed opponent as part of a double-header with the New Zealand-Tonga mid-season Test and also playing the Jillaroos in Wollongong on October 25.

The PNG Orchids will also play a Pacific All Stars women's team in Port Moresby on November 16 as a double-header with the Kumuls-Lions Test.

"The Oceania Cup is an important step in creating a meaningful Test matches for Pacific nations and full international calendar that fans, players and commercial partners can enjoy," Edwards said.

Officials have worked closely with the Rugby League Players' Association to ensure support for the international calendar.

"It is fantastic that there will be significant international content in 2019, including new properties in the Oceania Cup, as well as the Great Britain Rugby League Lions touring down under," RLPA CEO Ian Prendergast said.

"It reflects the enhanced profile, interest and competitiveness of international rugby league. In particular, the Oceania Cup provides a tremendous new platform for the Pacific nations to compete on the world stage.

"We have enjoyed working through the process with the RLIF and the nations to establish the schedule for 2019 and look forward to continuing these discussions when planning for future matches takes place.

"The international game presents exciting opportunities for our members and through continued collaboration we look forward to further showcasing the wonderful rugby league talent we have in the game."

NZRL CEO Greg Peters said he was pleased to secure support from the New Zealand Government and host cities to host the feast of international matches this year.

"The Kiwis versus Tonga at Mt Smart Stadium will be a blockbuster occasion to kick off a momentous year for international rugby league fans in New Zealand," Peters said.

"New Zealand Rugby League is also delighted to be bringing such an incredible array of matches to New Zealand that will also benefit the teams throughout the Pacific."

RLIF CEO Nigel Wood said the framework of a full and global calendar was now in place.

"The RLIF is supporting the Middle East Africa Competition, Americas Championship, European Competitions at three levels, the Oceania Cup at two levels and of course the World Cup, for which qualification will be concluded this year and, while of course we also have the first RLIF Downers 9's World Cup to look forward in October, in Sydney," Wood said.

"This calendar can now roll forward, develop and flourish." 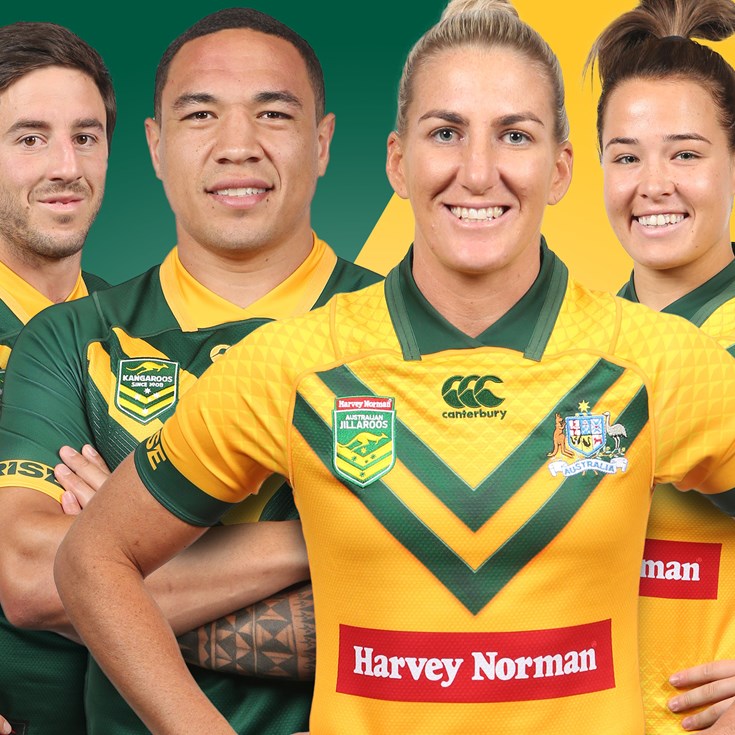