Cowboys prop Matt Scott has not retired from representative rugby league and has a burning desire to continue his stellar Queensland career if he can return to the form that saw him one of the first picked for the Maroons for the best part of a decade.

Scott has the backing of Queensland coach Kevin Walters who told NRL.com the 22-game Origin veteran was "definitely in our plans" for the 2019 Holden State of Origin series.

Scott, who has also played 22 Tests for the Kangaroos, missed the 2017 State of Origin series with an ACL injury and was overlooked for Game One last year before a neck injury cruelled his selection chances for the rest of the series.

After successful neck surgery the 33-year-old is optimistic about the season ahead at club level, and buoyed by the powerhouse way he finished the 2018 season as he targets a return to his beloved Maroons side.

"I understand the Queensland team has got to evolve and there are a lot of good, young forwards coming through but I haven't retired from rep footy and if I am playing well enough I'd like the opportunity to get picked. I'd love to play again," Scott told NRL.com.

"I got back in the Queensland side in 2009 after I got dropped in 2006 and I missed one game from 2009 until the end of 2016 and that was because I fractured my eye socket in an Origin game.

"I am very proud of that achievement and proud of what we were able to achieve through those years. To win so many series and be part of that squad was definitely a highlight of my career."

When NRL.com visited Townsville recently Scott provided a rare insight into his thinking after being overlooked initially by the Maroons selectors in 2018.

"Kevvie obviously didn't pick me before Game One which I was pretty disappointed in because I thought I was playing some good footy in the weeks leading into State of Origin I," he said.

"I played a couple of really good games away, and came back and we lost to Souths by one point in a match I thought I thought I played well in.

"I hurt my knee. It was a grade one medial strain, but I played again the next week against Melbourne and got our team's man of the match, which we again lost be also lost by one point. So I thought my form in the month leading up to Game One would have been worthy of selection. Kevvie didn't go with me. That's fine."

The Maroons lost Game One after going with Jarrod Wallace and Dylan Napa as the starting props and Scott was in the frame for a recall.

"But it just so happened that two weeks later I hurt my neck against Parramatta. Kevvie rang me after that game to see if I'd be available for selection but I had to say no because I couldn't even train at that stage," Scott said.

"That was disappointing. I don't know if he would have picked me but I certainly thought I was playing up to Origin standard and would have loved to get my jersey back."

Walters told NRL.com that goal was well within Scott's reach as he explained why he was left out of Game One in 2018.

"I just felt, and so did the selectors, that last year he was a bit underdone coming back from the knee injury. That is all it purely was, and then in games two and three he was unavailable because of injury," Walters said.

"We did the same thing the year before with Billy Slater, but then in games two and three he was fit to be selected.

"Matt Scott was an integral part of the Maroons' dominance and that hasn't been forgotten by the selectors. If he can get himself fit and playing the football we know he can then there is no reason why he won't be playing for Queensland. Put it this way, I won't stop him.

"What we like about Matt Scott is his honesty. We know he was disappointed with not being selected last year and I hope that he gets back in the side this year."

There are no guarantees of course and while Scott is hungry to return to the Origin stage he won't be kicking stones if that does not occur. Either way he will always be regarded as one of Australia's and Queensland's most successful and best props of the modern era.

"Look, if I didn't play Origin again I'd be very happy with what I've been able to achieve in that arena over the years," he said. 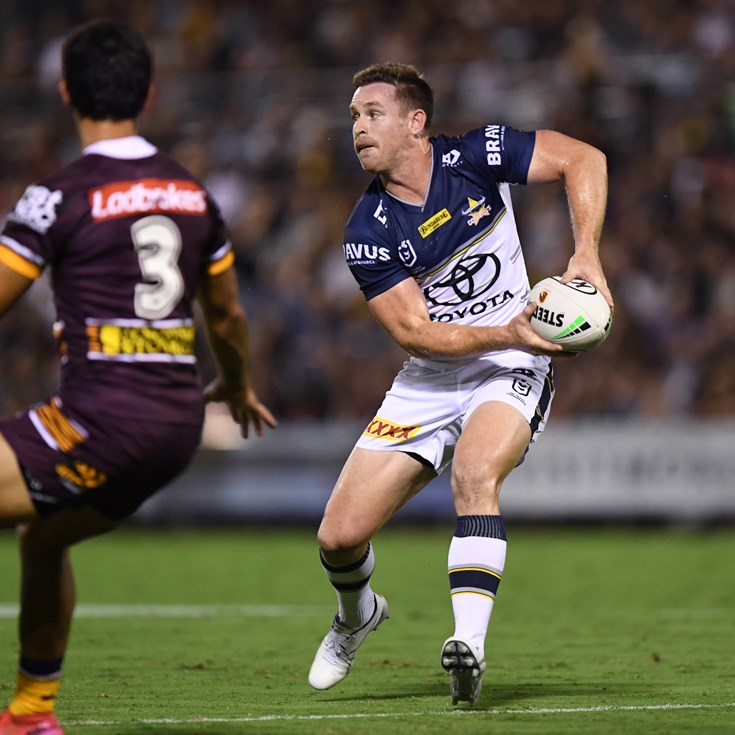