JT finishes his career as the most capped Cowboy in club history, playing 294 games across 14 seasons after moving to North Queensland prior to the 2005 season.

Thurston scored a club record 2182 points, 81 tries and delivered North Queensland's its history-making maiden premiership with that unforgettable golden point field goal against the Broncos in 2015.

The hard-running winger had a prolific career after joining the Cowboys in 2011, with the club qualifying for the finals in seven of his eight seasons at the club.

Winterstein played 167 games in his tenure and scored the fifth most tries in club history with 78, including 16 alone in a magical 2015 campaign.

Another member of the 2015 premiership side, Kane Linnett departs the club after seven seasons and 164 games.

The 29-year-old formed a fearsome left-side combination with Winterstein and scored 53 tries for the club.

Coote joined the club in 2014, but a torn ACL in the Auckland Nines caused him to miss his entire first season in North Queensland. He rebounded with authority in 2015, playing a crucial role in the premiership run.

Shaun Fensom endeared himself to the Cowboys fanbase in his two seasons at the club. Fensom, revered for his toughness, played 35 games after joining the Cowboys early in the 2017 season.

Rockhampton-product Sam Hoare departs the club after an injury-interrupted career. A product of the Cowboys under 20s system, ACL injuries limited the front-rower to just 21 games across five seasons.

Another player struck by the ACL curse, dynamic hooker Josh Chudleigh was never able to add to his one NRL game. 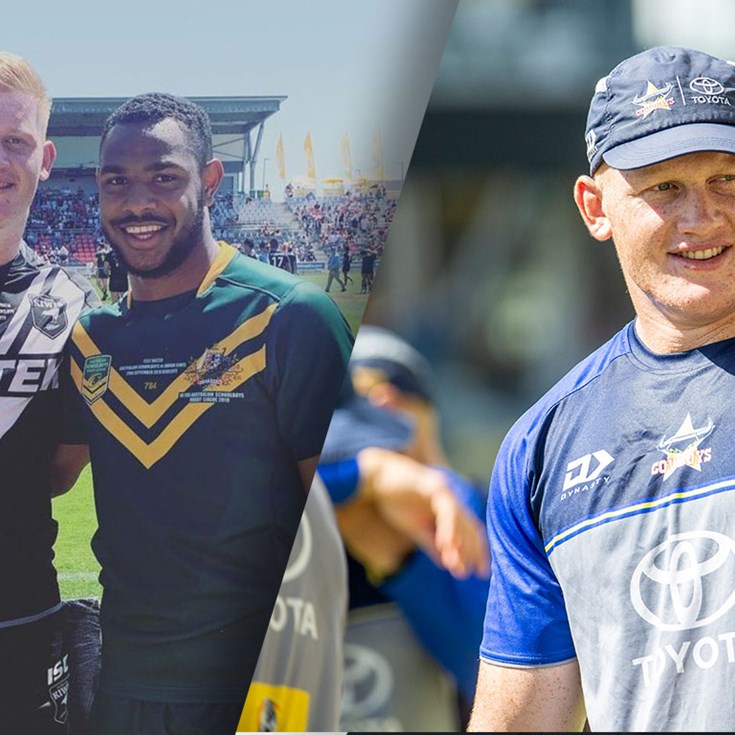