Few players have received as many accolades as Johnathan Thurston, but the retiring superstar is leaving his legendary 17-year career and final North Queensland Toyota Cowboys Annual Presentation Ball with another award.

In his 14th and final season as a Cowboy, Thurston has been named Club Person of the Year for the second time in his career, following on from his 2014 gong.

The most-capped Cowboy has always been a dedicated club man, something that was as evident as ever during his final season.

For the first time in his illustrious career, Thurston played every minute of every game during the 2018 season – a testament to his passion for the Cowboys jersey.

JT also led the NRL in both try assists (22) and line-break assists (24) this season and finished sixth on the point-scoring leaderboard (166).

His passion on the field was unrivalled, as was his contribution to the club as an off-field ambassador through various community and Indigenous programs. 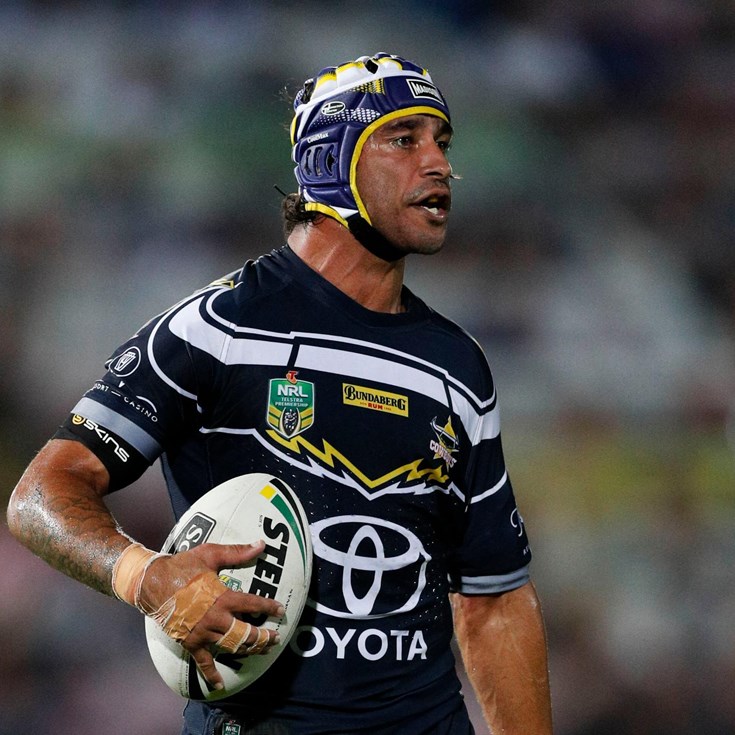