The North Queensland Toyota Cowboys travel to the Gold Coast this weekend to play their final game of the 2018 season against the Titans.

After a historic 17-year career, Johnathan Thurston farewells rugby league on Saturday night. The Cowboys co-captain will play his 323rd and final NRL game in front of a packed house at Robina Stadium. Amazingly at age 35, Thurston is set to lead the NRL in both try assists and line-break assists in his final NRL season. His 20 try assists are two in front of the Roosters' Luke Keary and his 23 line-break assists are seven clear of his next closest competitor, South Sydney's Cody Walker.

The Cowboys have dominated the head to head match-up with the Titans in recent seasons. North Queensland have won seven of the last eight meetings between the two sides, including a 26-14 victory at 1300SMILES Stadium earlier this season. In 21 total clashes the Cowboys have won 12 to the Titans' eight to go along with one draw.

Cowboys second rower Gavin Cooper has the rare opportunity to etch his name into rugby league history this weekend. Cooper has scored tries in eight consecutive games, tying him with newly-crowned Immortal Frank Burge for the most by a forward since 1918. He can own the record outright with a four-pointer against the Titans on Saturday night.

Thurston will have a new halves partner for his final game. After spending much of the second half of the season playing fullback, Te Maire Martin returns to play five-eighth this weekend for the first time since Round 18. Young gun and QRL Rookie of the Year Jake Clifford returns to the Queensland Cup to lead the Northern Pride in their elimination final against Easts Tigers. 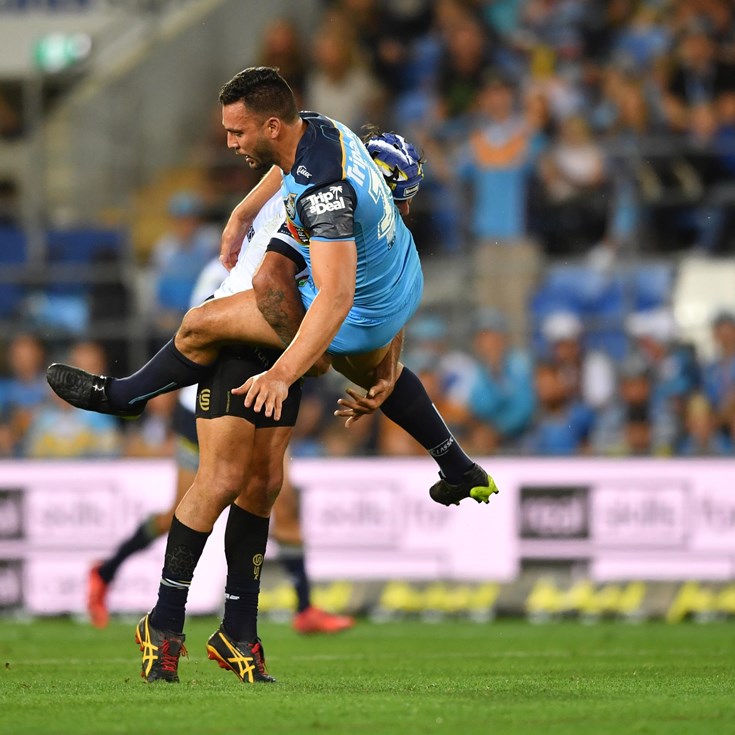 JT reflects after signing off a winner