Johnathan Thurston admits he has been humbled by the respect shown to him by opposition clubs in his final year in the NRL.

A number of clubs have presented JT with gifts following their clashes in the second half of the season, a tradition which continued after playing his final match at his beloved 1300SMILES Stadium on Friday night.

The headgear represents the dust rising as Indigenous people of different tribal nations "shake a leg" to celebrate JT and his achievements.

"I'd like to thank the Eels for that lovely presentation," Thurston said on the field post-match.

"All the sides that I've come up against this year have shown their support and appreciation for me over the years.

"It's been a humbling experience."

"Just on behalf of the other side, the non-Cowboys community, it's been an absolute honour to have played against you all these years," Mannah said.

"(From) the stadium full of people here and the millions of people at home who have been entertained and have a lifetime of memories – thanks for the memories.

"All the best in your (last) game next week and thanks for your career." 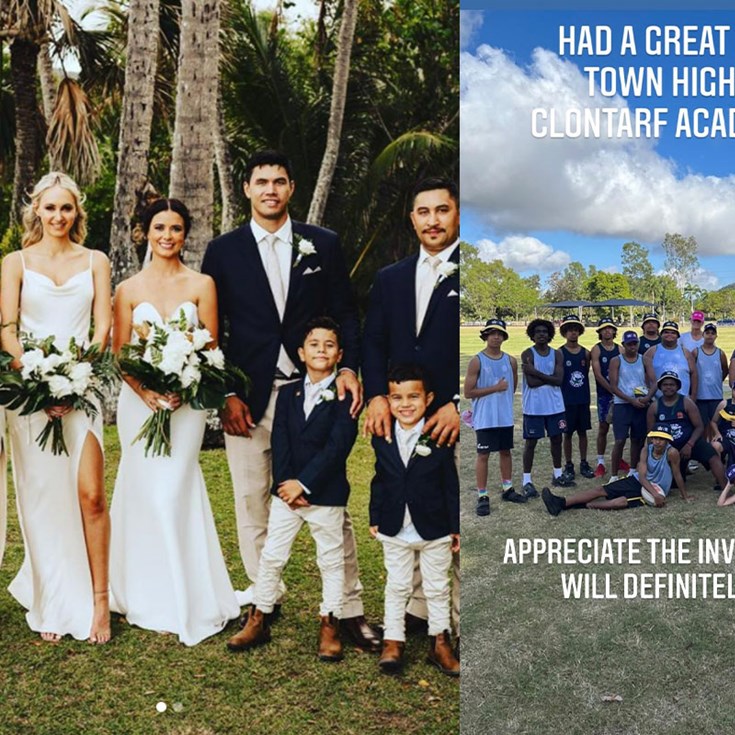