North Queensland Toyota Cowboys fullback Te Maire Martin has been ruled out of tonight's sold-out clash with the Eels, which is Johnathan Thurston's last game at 1300SMILES Stadium, with an ankle injury.

Martin is replaced by Ben Hampton, who is set to start his first game at fullback since Round 5.

Ethan Lowe takes Hampton's place on the interchange and is joined by forwards John Asiata, Francis Molo and Scott Bolton.

Co-captain Matt Scott returns after being rested against Cronulla last week and celebrates his landmark 250th appearance for the Cowboys. 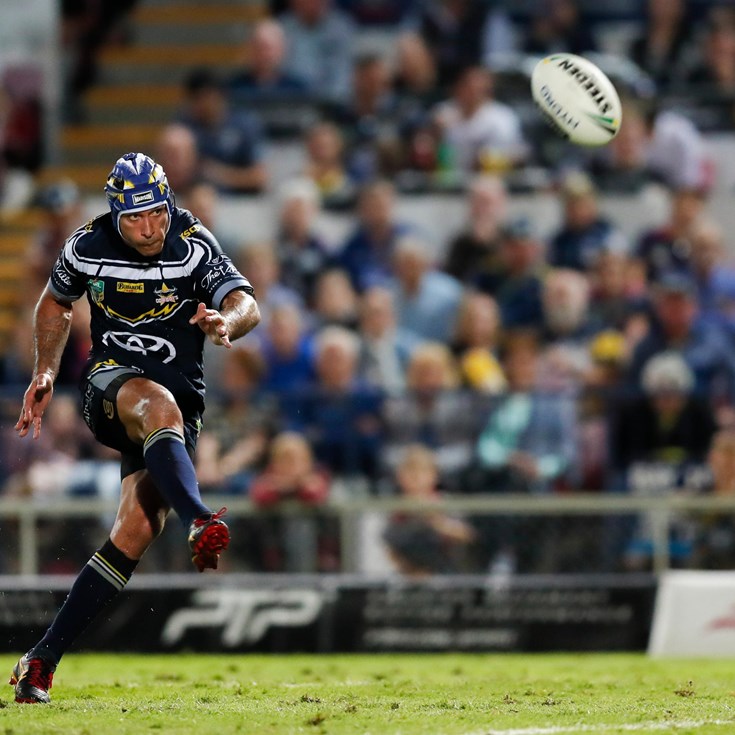