The North Queensland Toyota Cowboys travel to Sydney this weekend to take on the high-flying Sydney Roosters at Allianz Stadium on Saturday night.

Johnathan Thurston and Cooper Cronk will lock horns for the 21st and final time on Saturday night. With 659 NRL games between the duo, this weekend's showdown is the final chapter in what has been a storied head to head showdown between two legendary halfbacks. Longtime Queensland and Kangaroos halves partners and good mates off the field, Thurston and Cronk will go down as arguably the two greatest playmakers of their generation.

The Roosters have traditionally been a bogey side for the Cowboys during the club's 24-year history. North Queensland won just two games against the Roosters in their first 12 seasons in the competition, but the playing field has leveled out in recent seasons. The last time the two sides met, the Cowboys claimed a memorable 29-16 preliminary final win to catapult them to an unlikely grand final berth last season.

Outside of 1300SMILES Stadium, Allianz Stadium has been the host of the most Cowboys matches since the side entered the competition in 1995. North Queensland has played at the ground 26 times and recent results have been favourable. Paul Green's side have won their past two at Allianz, including the aforementioned preliminary final against the Roosters and an extra time thriller against Cronulla two weeks earlier in the first week of the finals.

For the first time since Rounds 11 and 12, Green has had the luxury of naming the same 17 for consecutive weeks for the Roosters clash. With Jordan McLean making a successful return from a serious foot injury against Newcastle, he will again take his place in the front-row and will be partnered by co-captain Matt Scott, who made his own injury comeback last weekend. Te Maire Martin continues in the No.1 jersey after two brilliant performances since shifting to fullback, while 20-year-old Jake Clifford will again partner Johnathan Thurston in the halves.

The Cowboys have caught a lucky break with in-form Roosters five-eighth Luke Keary to miss the encounter with a knee injury. Keary has been one of the competition's leading halves in 2018. The Roosters playmaker leads the NRL with 17 try assists, one in front of Cowboys half Thurston, and ranks equal sixth for line-break assists with 12. 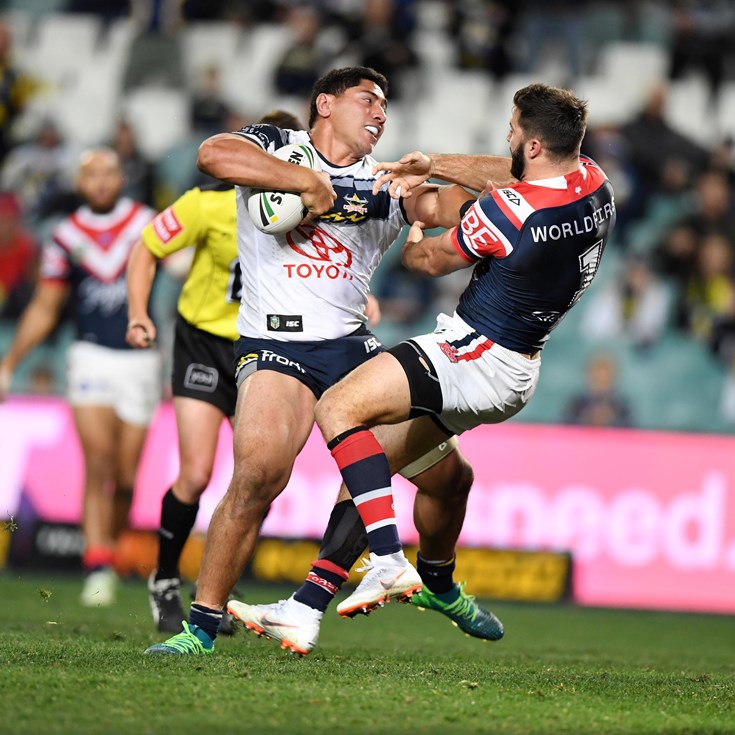 Reward for team fresh from victory